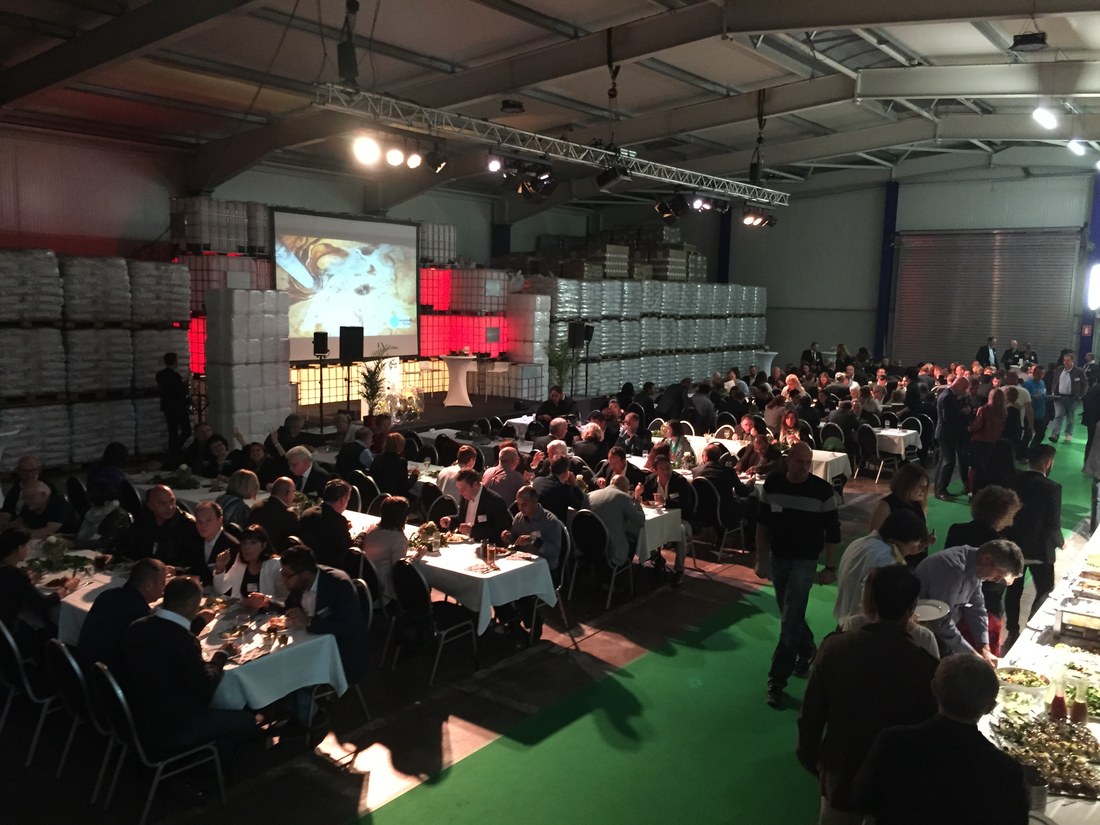 Grevenbroich. Since 2001 the company manufactures humic acids based products from oxidized lignite to improve the soil. Two years ago Humintech moved its headquarter to Grevenbroich and expanded there. The company intends to continue growing.

A few weeks ago there was the "German Mittelstand Summit" the distinction of being one of the "Top 100 innovators". Now, in this time came the Grand Opening of the new production plant of the company "Humintech". For the approximately 220 guests had been rolled out in the literal sense of the red carpet: they could refresh himself to live jazz at a buffet, enjoy later at a Brasil show and belly dancing interludes. "We have customers from Korea to Costa Rica," commented CEO Aydogan Cengiz the international entertainment. But first, the new work was all about focus: On the guided tours through the production took business partners from around the world participate.

The company "Humintech", which has an annual turnover of six million euros with currently 37 employees has moved completely to Grevenbroich two years ago. "We got full support from the municipality and especially from the economic promotion," praises Aydogan Cengiz.

The 59-year-old entrepreneur, a qualified social education worker, who had previously worked very successfully in the tourism industry, justifies the company’s move with the proximity to the raw material sources of the open cast mining. Because the products for soil improvement, which are packed there, are based on humic acids, known as Leonardit, a component of oxidized lignite. Pow, Liq- or Perlhumus produced in Grevenbroich are exported to more than 60 countries around the world and shall reduce the use of fertilizers, explains Berthold Stern, Manager R + D, the goal. The humic acids, he explains, for example, keeps nitrogen in the root zone of the plant and therefore prevents its leaching to the groundwater, so a contribution to environmental protection. "This can also give brown coal, which is regarded as a main reason for increased CO2 emissions, a better image", says Stern. Humic substances are also used in lifestock breeding and environment protection, e.g. for waste water or gas purifications. Meanwhile universities and research institutes increasingly approach ideas to Humintech, reports Stern, who wants to strengthen the research and development activities within the company.

"Humintech" invested around six million Euro in the new, highly automated production plant, which was designed by the engineer Jörn Ohlmann. In the production halls on the industrial site at Am Pösenberg the pre-milled brown coal is screened, crushed in mills and then humic acids are extracted with alkali and dried afterwards. "Thanks to a recycling no residues remain," explains Ohlmann, "all non-soluble parts goes back to the pellet plant." When mixed with other growth-promoting substances (Powhumus) as granules of two to eight millimeters in diameter (Perlhumus) or liquid line (Liqhumus) products leave the factory at the end.

At first it was difficult to position on the German market, admits Cengiz. That has changed. In the past two years "Humintech" doubled both the number of employees as well as its sales. But Cengiz has further plans: by 2020 he seeks an annual turnover of 17 million euros. Source: NGZ