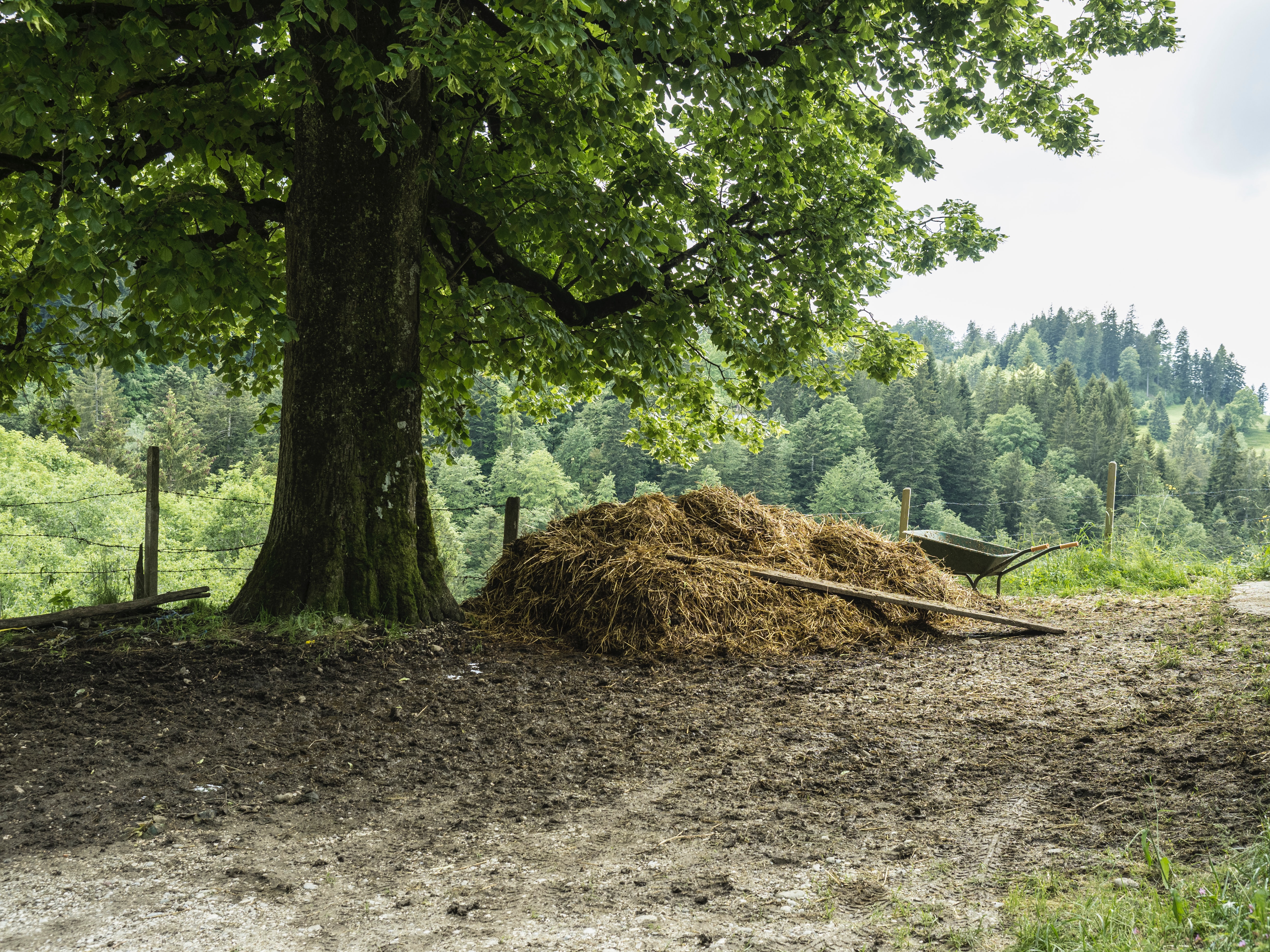 [this article is inspired and compiled from E. Henning's book "Secrets of Fertile Soils"]

"It can take 1,000 years for a layer of humus two and a half to five centimeters thick to form in the wild," wrote Erhard Henning in "Secrets of Fertile Soils." He advises actively producing humus on a large scale from "all organic waste" via composting. Especially in agriculture, organic matter is continuously extracted from the soil and the harvest is sold on the market. So nothing is as essential as giving life back to the soil.

What actually is humus?

Humus is not a substance, but a system. A "biological functional performance," if you will. Terra Preta or black soils are soils that have humified under the influence of oxygen over centuries. The soil becomes rich and has a high content of humus. Anaerobic rotting, on the other hand, refers to processes that are conspicuous by unpleasant odors and have long-term negative effects on the soil and its inhabitants. Although so-called nutrient humus can be produced in the short term, which favors plant growth, after a short time the ongoing activity of anaerobic bacteria and fungi attracts pests and diseases and limits the availability of nutrients. This humus is therefore sometimes referred to as "insect humus". It is quickly used up, leaving behind a soil that is more impotent than before, as permanent humus producers such as the earthworm are damaged.

The solution is called hot composting

Compost and manure require a balanced composition of about 30 parts carbon sources – such as straw, wood chips and shavings, leaves or paper and cardboard – as well as one part nitrogen sources – such as excrement, grass clippings, and raw fruit and vegetable waste. Both in natural litter composting, where all the components are spread thinly on top of each other to decompose, and in an established, regularly turned hot-compost system, oxygen-loving aerobic bacteria are responsible for humification. The result is not only a soil with better mineral availability but also a higher vitamin content, as these are formed by oxygen-loving molds themselves.

Rotting should smell like forest soil, these scents are formed by ray fungi. Penetrating odor of feces, jokingly called "country air", on the other hand, is an indication of putrefactive bacteria in the slurry.

Liquid manure can become a breeding ground for epidemics

Manure and protein-rich waste such as meat scraps must undergo hot rotting, which completely eliminates pathogens. Not only has it been shown that tissue samples from animals suffering from foot-and-mouth disease and swine fever were completely sterilized in a well-layered compost, but it is also noticeable that animals from organic farms with an emphasis on good compost preparation  fall ill much less frequently and less intensely during epidemics.

Putrefactive bacteria, on the other hand, which work in the absence of oxygen, not only independently produce cadaveric toxins from amino acids but also promote the growth of existing pathogens such as chicken and swine fever, glanders, tuberculosis or paratyphoid fever. Worms and other intestinal parasites can also be transmitted, as these are adapted to the anaerobic environment and survive for years in the soil, even in temperatures far below freezing point.

The flies, mosquitoes and rats attracted by "insect dung" can further transmit all these diseases.

Nematodes also reproduce particularly well in fields fertilized with anaerob rotted manure, while nutrients such as manganese, boron, copper, molybdenum or iron can become insoluble due to unfavorable compounds.

How can beneficial rotting be promoted on the farm?

On the one hand, the correct composition of the mass to be composted, whether manure, slurry or compost, must be observed. If the nitrogen-rich parts predominate, fermentation may seem to proceed quickly but the right bacteria and corresponding heat cannot develop. The good material spoils.

On the other hand, it is difficult for useful bacterial flora to develop in manure treated with antibiotics, so possible pathogens are still present as well as multi-resistant germs – the vicious circle is closed. If possible, such excrement should be composted separately and the result checked, or disposed of, immediately.

Solid manure and compost is layered with carbon sources to ensure adequate aeration; a compost pile is formed and thus heat will develop. To ensure that the material rots evenly, the manure pile or compost should be turned several times. It may also be useful to add rock flour.

Liquid manure can be aerated for the same effects, as fine blowing and evenly as possible (the entire contents of the pit must be moved) so that no floating cover can form. The slurry warms up and loses its bad smell. For safety, a thermometer can be used to check the temperature – sustained temperatures above 45 degrees should be measurable, ideally between 55 and 65 degrees.

Adding products that promote good rotting is worthwhile on any farm. For example, we offer HUMODOR® (as granules, water-soluble or liquid), which binds 99 % of ammonia and greenhouse gas emissions and promotes good decomposition processes. Both in the manure pile and in the slurry, it unfolds its effect quickly and reliably.

Humic products such as potassium humate are an inexpensive and effective method of compensating for even unfavorable compositions or rotting conditions. It can be assumed that it is the humic substances in the plant charcoal forming Terra Preta that provide the long-term positive effects. Even under ideal conditions, the addition of humic substances triggers a long-term "biological chain reaction" – an upward spiral that produces better food, healthier plant populations, more beneficial soil life, robust animal health, and high milk yields, all while pleasing the nose. 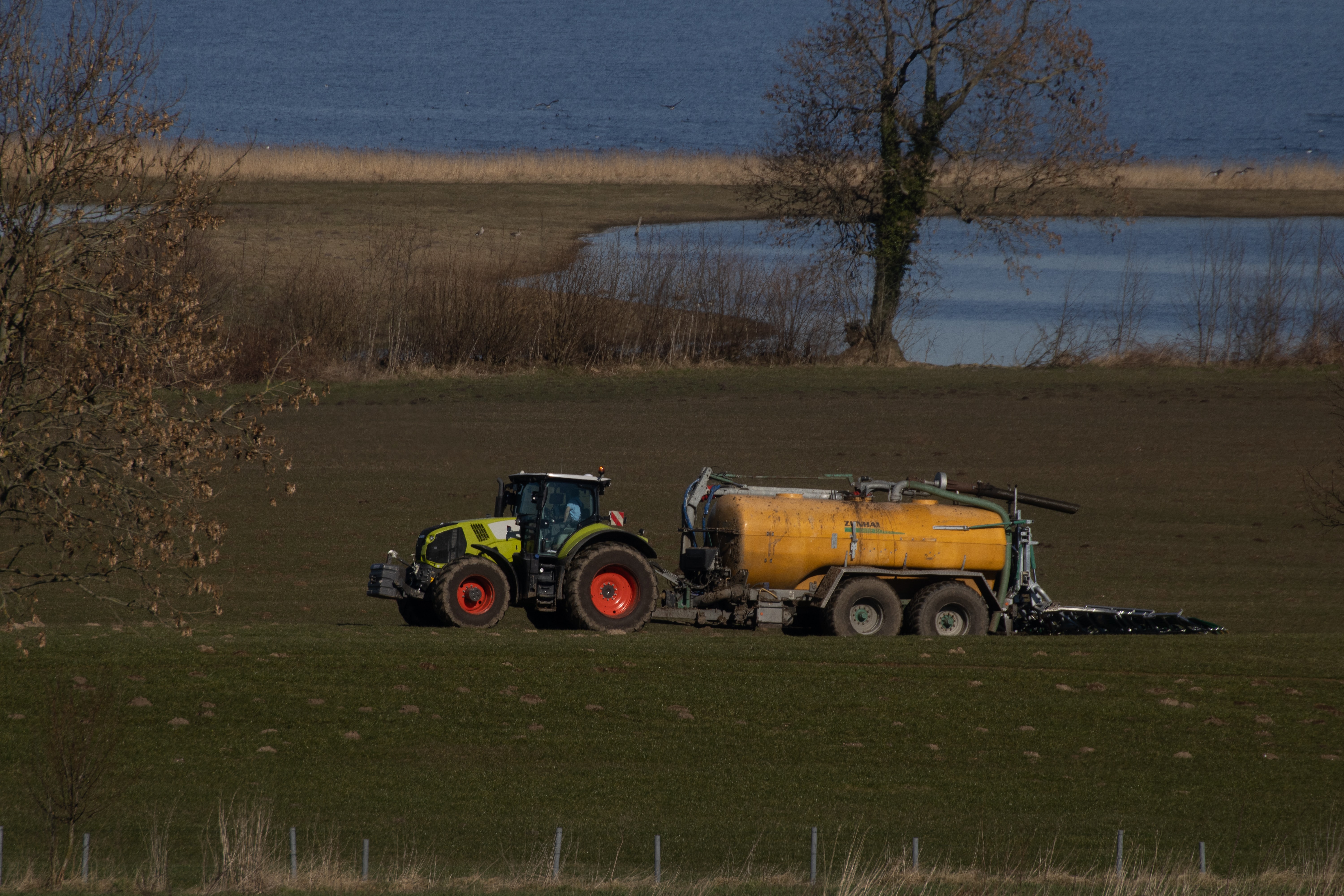