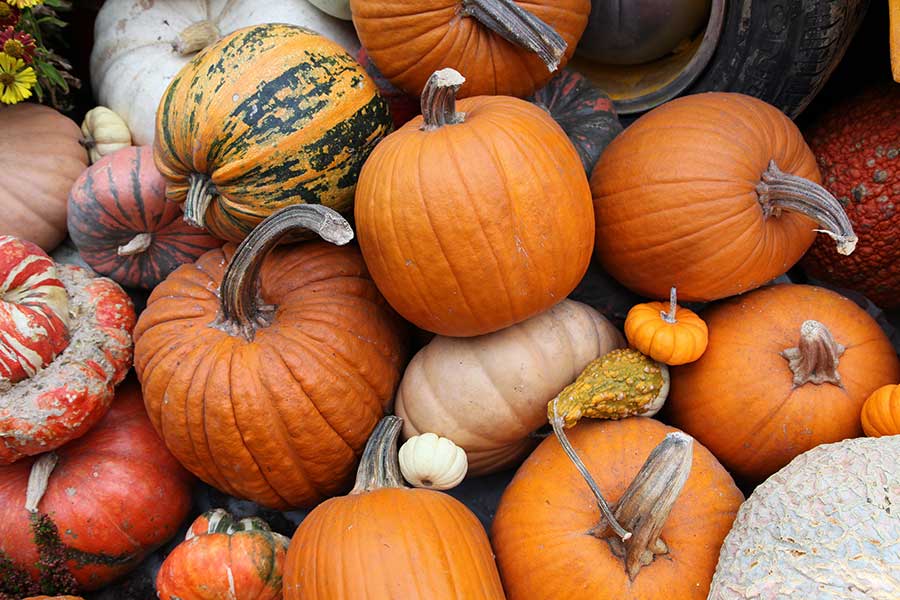 “Nutrient-rich autumn herald”, “vital substance miracle” and “low-calorie vitamin bomb with superfood potential”: health magazines are full of praise for the pumpkin. Since Halloween is celebrated worldwide, the fruit from the Cucurbitaceae family has increased in popularity. And not only in the form of carved lanterns and masks, but also as a nutritious food, especially soup or simply as diced vegetables. When it comes to edible pumpkins, not only the flesh is valuable, but also the seeds, oils and even the leaves. There are plenty of reasons to take a closer look:

The pumpkin in between tradition and hype

Today's pumpkin popularity in Central Europe is still quite young from a historical perspective and is therefore actually a fashionable phenomenon. Until the 20th century, pumpkins were mainly regarded as cattle feed. But like most cultivated plants, the pumpkin has a very long global tradition. In Central and South America it has been known for at least 5,000 years. The pumpkin came to Europe and Asia in the course of colonization of Central and South America from the end of the 15th century. Columbus is said to have discovered it in Cuba in 1492. The cultivation of pumpkins also came to North America with the beginning of colonization and was carried out willingly from the very beginning.

The world is a pumpkin

Today edible pumpkins grow on all six continents, but the best conditions are found in warm temperate climates with ample rainfall and soils with abundant minerals, humus and nitrogen. Such conditions are found mainly in higher tropical regions of Central and South America, where the pumpkin fruit originates. In Central Europe, they thrive best during the summer, when they germinate from mid-June and are ready for harvest in early autumn.

Pumpkin breeding in the industrial age

The demand for pumpkins is very high in the western industrial nations, especially in the autumn season, which is why many cultivating countries – especially in Mediterranean and subtropical climate zones – compete for the market. The cultivation there is thus frequently industrialized. As pumpkins grow very quickly, they may deplete soils in a short time and are also in need of permanent moisture. Therefore, their cultivation can lead to soil leaching, drought and other deficiencies. The soil is then chronically undersupplied and fertility must be artificially maintained by fertilizers. The excessive use of fertilizers, however, continues to affect the soil – a vicious cycle.

The use of humic acids offers a way out. They increase the water retention capacity of the soil and thus reduce the need for irrigation. In addition, they keep important nutrients available for plants in the root area, which improves growth and plant health on the one hand and reduces the need for fertilizers on the other.

In an Iranian study, scientists investigated the influence of humic acids on pumpkin seeds exposed to cadmium stress. Since the introduction of artificial fertilizers, cadmium has accumulated on many farmlands, as it enters the soil together with phosphate - which is not only bad for the plants, but ultimately for the consumers who have the contaminated food on their plates. Humic acids can help pumpkins:

“Applying humic acid caused pumpkin seeds to be more tolerant to environmental stresses like heavy metals, especially Cadmium”, it is said in the study. Improved root development (by up to 85 percent compared to the control group) and generally improved plant growth were also observed. (cf. Study)

In a nutrient-rich soil, which can be obtained by administering humic acid based soil conditioners, for example, most pumpkin varieties can be grown quickly and easily. This also applies to the winter pumpkins used as food and decoration. The space requirement is not excessive despite the size of the individual fruits, the cultivation can also take place in a smaller hobby garden on a few square meters. Due to less foliage and roots there will be fewer and smaller, but still wholesome and nutritious fruits.

Pumpkins nevertheless have certain demands: we have already learned about the proper water supply and the high soil nutrient content. Another important factor is the soil temperature: it should reach at least twelve degrees Celsius for a good harvest.

Buy or breed yourself?

If you grow your own crops and use organic methods, you can also avoid potential pesticide and fertilizer residues. Incidentally, the positive effects of humic acids are also present on small areas. When used correctly, they ensure healthier and larger plants and fruits. For all those who do not have room for a pumpkin bed, but still do not want a mass-produced product, it is worth seeing the next organic farmer. Organic growers even offer many older pumpkin varieties that are no longer traded conventionally. In contrast to other organic foods, the price per kilo in most countries of the world is not far from the price of conventional goods.

Learn more about the positive effects of seed treatment with humic acids.