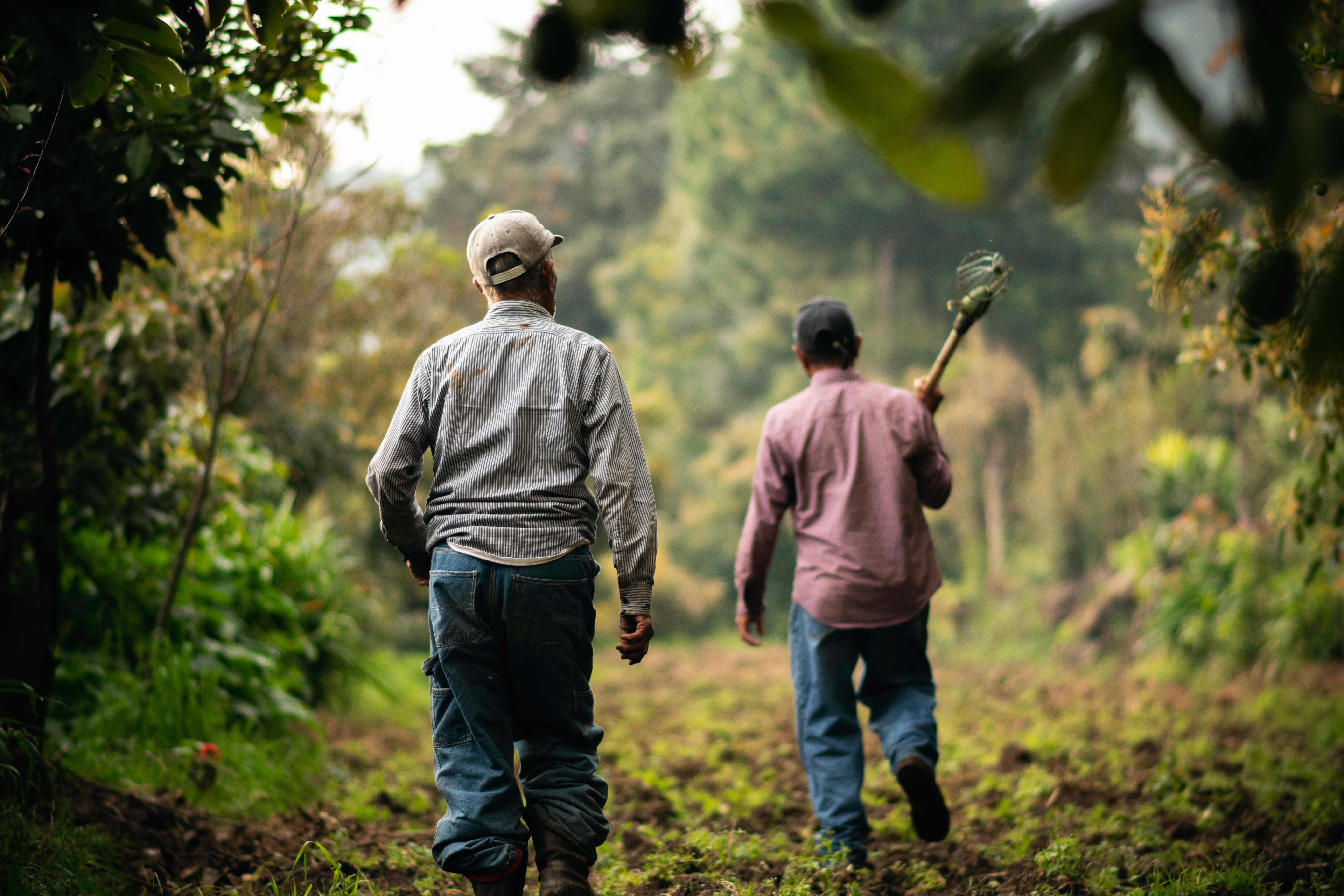 Humintech co-founder Aydogan Cengiz not only studied social sciences, but has also always kept the social aspects of the company in mind. Improving the conditions for farmers and growers is one of the biggest markers of success for him.

Soil degradation could force 50 million people to flee their homes in the next decade; around 200 million people are already suffering from malnutrition due to poor soil on the African continent alone. If extreme weather conditions are now added to the mix, many people's fate will either be sealed – or they will have no choice but to flee into the unknown.

While German soils are suitable for food production almost everywhere, biostimulants and humus products are already highly popular and effective in southern Europe and almost all along the equator to grow food at all. This gives meaning to the work of decades and motivates us to keep refining the products so that they can be at reach of all scale agricultural producers from individuals to professional establishments in all possible locations  – no matter the climate, the soil structure and the available tools.

A trend that can be reversed

Many small steps lead from simple food assurance to food security; a strategic approach on how to build up the soil gradually, to gain resilience and how to secure the harvest, is the beginning.

Soil is a living system consisting of chemicals and biologicals, and the trick is to bring it back into balance to regain productivity when it is askew. When the fertile topsoil is completely eroded, all that remains is dust and debris – a desert. As long as the soil is still yielding crops, the best way to counteract this is to continuously insert humus. It may make sense not to tackle the entire farm at once, but to start building up humus with mulch, compost and biostimulants on a site that has already become particularly infertile. At the same time, the most important crop or acre, and thus the existence of the farm or business, must be particularly protected. Fast-growing frugal trees and hedges, as well as tarpaulins or screens, protect the land from wind and water erosion and provide shade. Mulch and interseeding keep moisture in the soil.

Above all, man must drink

Water treatment and the natural storage of rainwater are further core elements of food security. Humic substances play an important role here – for example, in the treatment of gray and industrial water, fulvic acids ensure the reduction of odor emissions and bind pollutants. In the soil, they support water-holding capacity: the ability to absorb water like a sponge and release it slowly. This means that water seeps away less quickly.

Rainwater holds better in hollows, dips and lakes. It makes sense to build a water landscape, as has been done in the Portuguese Ecovillage of Tamera, for example. This can also be done on a smaller scale, for example for one's own farm. Where water stays, more water flows in. The soil can again become capable of holding water over long dry periods. https://youtu.be/4hF2QL0D5ww

Many small steps lead further than one big stomp

Just as desertification creates food insecurity and poverty, development can also be reversed – fertile land creates wealth and security. It does not have to be a matter of systematically cultivating huge fields at great financial cost; degraded soils can also be revived in patches, selectively, then they can spread their fertility from there. Similarly, an individual farmer who succeeds with restorative agriculture can serve as an example to others and encourage a general trend towards soil recovery in his region. This makes more sense than launching individual gigantic attempts of reversal in the middle of the desert for many millions of dollars, which can only be kept going with external help and water pumped up from the groundwater. This is neither sustainable nor can it be imitated.

The most important first step in building humus is to figure out what led to humus depletion. Most often it is a combination of several factors, but prioritizing them can help build fertile soil faster:

Behind the newly created windbreaks, on top of the terraces, and on the overheated beds and fields, a layer of mulch brings back to the soil what it needs – food, shade and moisture retention. Some of the best choices are fresh green clippings such as grass, but hay, twigs, leaves and small amounts of wood can also be used; the fresher and greener, the better!

The same applies to compost. Part of the fresh, raw kitchen waste can be added daily, directly to the mulch in airy layers. The other part, mixed with sand, crushed rocks, wood ash, shell lime, eggshell meal, straw, sawdust or soil, is allowed to complete the entire transformation into fertile soil until it is added to the plants. The excreta of healthy people and farm animals also contributes irreplaceable nutrients and microorganisms – in the right proportions. The compost should be dry rather than moist and never start to smell bad.

With these initial measures, humus (organic matter in the soil) and edaphon (microorganisms) can soon develop in the soil and provide a stable foundation for high-yield agriculture.

If you want to learn more about building good soil while farming on a large scale, we are happy to help you with our effective products.