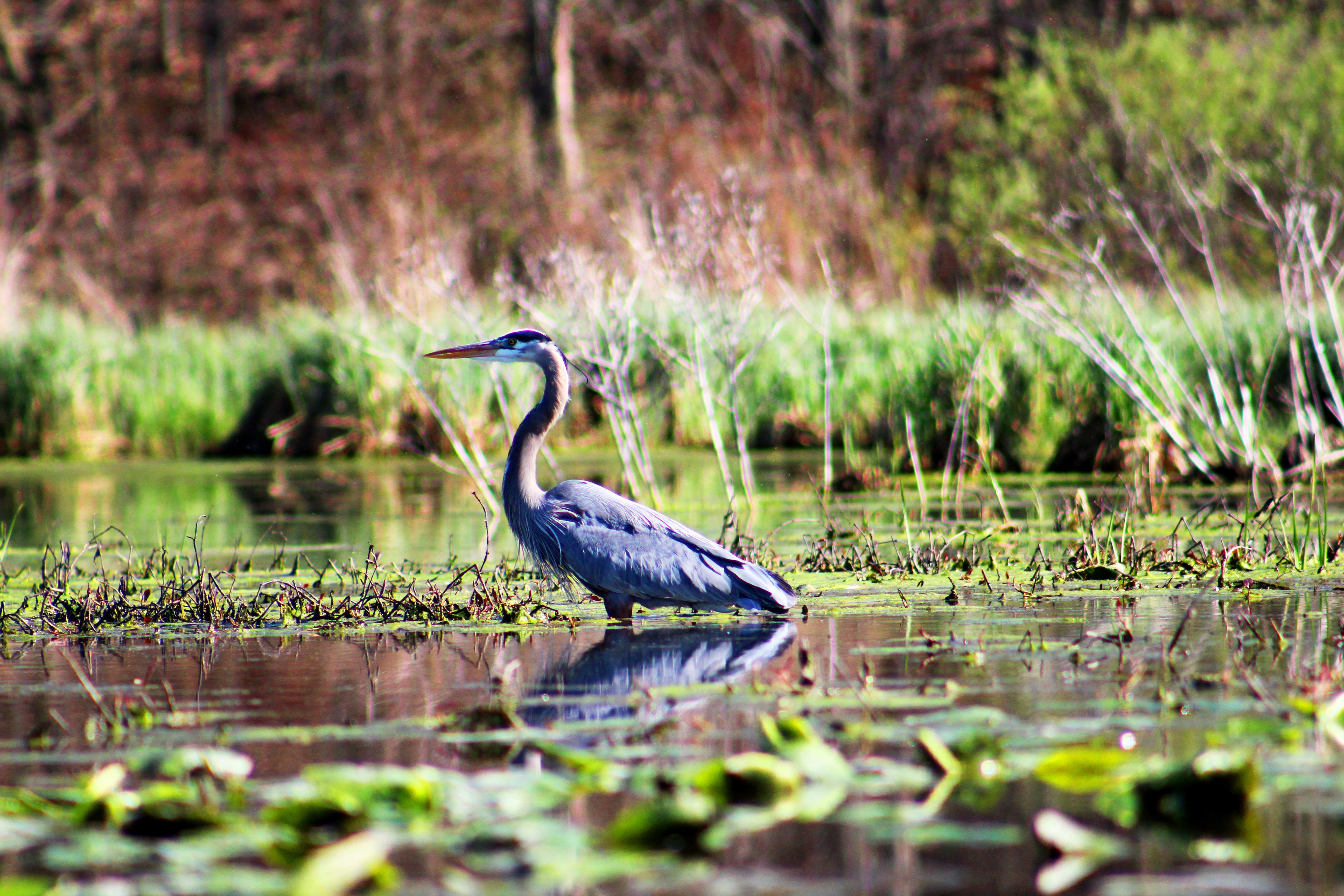 Since 1997 the 2nd of February marks an international memorial day for the wetlands of the world. Since the beginning of the 1970s, wetlands have been regarded as biotopes particularly worth protecting – according to the World Wide Fund for Nature (WWF), they only cover around eight percent of the earth's surface today. Since 1970 a good third of the world's wetlands have disappeared. One of the main reasons is the development and industrial use of coastal and riverside landscapes. But why are wetlands so important for life on earth? And what can we do to protect them?

Wetlands are landscapes where water stands or flows throughout the year or in phases, either above ground or as groundwater at root level. Wetlands include, for example, swamps, floodplains, wet meadows or fen wood. In Germany, an area of 1.5 million hectares was once covered with swamps, which is a good four percent of the country. 95 percent of these swamps are now drained and peat-harvested, have been cultivated or are subject to agricultural use. In addition, 80 percent of the floodplains have fallen victim to human adaptation since the beginning of river regulation about 200 years ago. And all this at a high price.

What makes wetlands worth protecting

Wetlands provide habitats for 40 percent of all animal and plant species around the world. They regulate the groundwater level near rivers and are our main source of drinking water.

This water also contains high amounts of fulvic acids from the peat layers it runs through on its way to the surface. Aquatic fulvic acids are the source material for organic growth promoting and soil improving agents such as FULVAGRA® 25 Liquid: Taken in via the leaves and the roots, the fulvic acids' chelating effect favours the take-up and transport of secondary nutrients within the plant, increasing yields and improving crop quality. Fulvic acids are also of great interest for fishkeepers and aquarists.

As carbon reservoirs, wetlands have a cooling effect on the global climate: for example, swamps store twice as much carbon as all forests on the planet combined. Drained swamps are the second largest source of emissions in Germany.

Floodplains also fulfill an important function. During floods, they absorb huge amounts of water and release it slowly and with a time delay. As water filters, they relieve the burden on surrounding areas and water bodies by removing nutrients and pollutants from the groundwater and surface water flowing through, which originate from excess fertilization. The purification capacity corresponds to a value of 500 million euros annually.

The disadvantages of drainage

As a result of massive river straightening in the past, most of the floodplains are now drained and lost to wildlife. However, there is now widespread agreement that the disadvantages of straightening and draining rivers and wetlands far outweigh the advantages. Floodplains naturally mitigate the destructive force of storms and storm surges by absorbing the floodwater and thus balancing the levels. Where there are no more floodplains, the economic damage is enormous, as the water rushes down the bed more than twice as fast, creating huge tidal waves.

Protection and renaturalization – creating a future for wetlands

Today there are 34 so-called Ramsar areas in Germany. The Ramsar Convention on which the designation is based was adopted in 1971 in Ramsar, Iran, to protect the world's wetlands. In addition to the preservation of still existing wetlands, the restoration and renaturalization of wetlands such as floodplains is an important measure. The change in thinking became apparent as early as in the 1980s, when many straightened riverine landscapes in Central Europe were renaturalized: The river courses were transformed and given back a natural meandering form; bank areas were redesigned, bank reinforcements were loosened and natural transitions were created, forming a bridge between land and water. This slows down the flow rate and adjacent alluvial areas can buffer floods so that no major damage occurs.

Renaturation measures and the protection of still existing biotopes will continue to be an issue in the coming years. They are an important ingredient in any serious effort to preserve and increase the natural ecosystems in and around which we live.