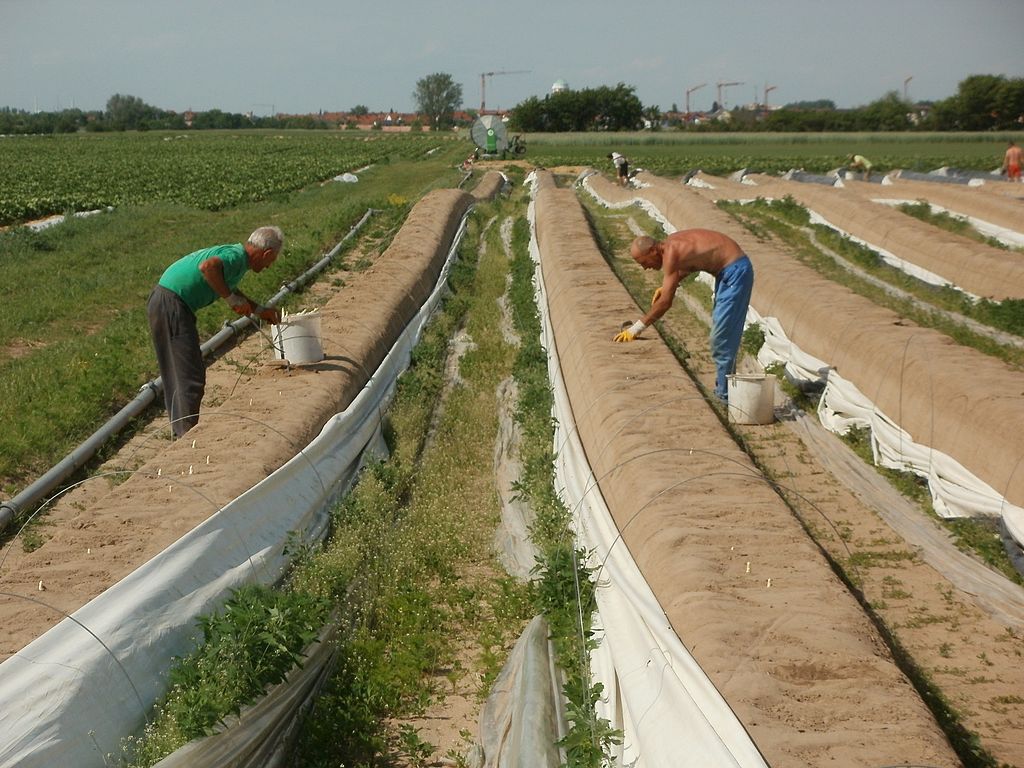 The Federal Republic of Germany needs a total of 300,000 seasonal workers from Eastern Europe every year to ensure the harvest, sowing and cultivation of arable crops. What used to be part of everyday agricultural life in Germany and other countries in Central Europe year after year has become almost impossible in times of SARS-COV2. The borders are closed and there is a shortage of manpower. Many farmers no longer know what to do after the end of April. Various local and national initiatives are now trying to bring together people who can help, and farms that need help, quickly and without bureaucracy.

One of these platforms has been established by the Federal Association of Machinery Rings in cooperation with the Federal Ministry of Food and Agriculture (BMEL). It is called "Das Land hilft" ("The country helps"). The idea is to give people who are currently unable to work due to temporary lay-offs the opportunity to make their freed-up resources available to agricultural enterprises in the surrounding area. Advertisements can be placed by both those seeking and those offering help. A good overview is provided with a map of Germany, which shows quickly and easily where help is needed and who is offering help.

More than 800 companies have already registered their needs and advertised jobs. The current focus is on hop cultivation and asparagus harvesting. But dairy farms also ask for help. In the coming weeks, the situation will be tight in the areas of sugar beet, salad and vegetable cultivation. Strawberries will be waiting to be picked from May at the latest.

The helpfulness of the population is overwhelming, reports Guido Krisam of the Bundesverband der Maschinenringe e.V. The job exchange started in mid-March and by the beginning of April it already had almost 47,000 entries. Currently, about 2,000 are added daily. In France, a comparable call was similarly successful. Within a short time, 150,000 volunteers registered there to help with sowing or harvesting in the fields.

But the help is not only for the farmers. Many people are already at the limit of their financial possibilities because of the exemptions and are grateful for alternative sources of income. "Das Land hilft" creates a win-win situation for urban residents and agriculture.

A chance for an encounter between town and country

The offers of help come from students, pupils as well as employees from the catering trade and many other areas. A hop farmer from southern Germany raves about the lively exchange with activists from Fridays for Future about agriculture and climate protection during the wire drawing; in user stories on Instagram and Facebook people share their positive experiences to motivate others to help. The work is hard and exhausting, but also makes people happy and satisfied.

Not everyone can pierce asparagus

Of course, the unskilled temporary workers from the region are no substitute for all the experienced seasonal workers who have been coming from Romania and other countries for years or even decades to harvest. Asparagus pricking in particular requires experience and care and therefore cannot be learned in five minutes. On the start page of "Das Land hilft" there are some short explanatory videos that show what the helpers can expect. Work safety company Foster offers free e-learning instructions for unskilled workers at Karrero.com (German only).

Together we can overcome the crisis

In order to make the placement of workers to the companies as simple and effective as possible, many platforms support "Das Land hilft". The Karrero job exchange, for example, forwards all inquiries to the initiative's pool. In this way, inquiries and offers can be collected and retrieved centrally.

The German Federal Government also makes a contribution to saving the harvest. It has relaxed some rules for seasonal workers in order to make jobs more attractive and to facilitate recruitment. Until the end of October, for example, seasonal workers may be employed for a maximum of 115 days instead of the previous 70 days free of social insurance contributions. The net wage from the jobs is also not taken into account for any short-time work compensation or BAföG (Federal Training Assistance Act) that may be received. The additional income limit for early retirees will also be extended.

How people around the world deal with the crisis and with each other during the crisis will have a lasting effect on how our world will look after it has passed. The solidarity that can currently be felt in many areas gives cause for hope. Overcoming the sometimes profound rifts between agriculture and the urban population could in any case take a decisive step forward with the "Das Land hilft" initiative.

Since the problem does not only affect Germany, initiatives are also beginning to grow in other parts of the world, for example in the countries of the EU, in Great Britain and in the USA – but in many places courageous people are still needed that can invest time and energy in order to initiate appropriate aid and carry out political work.