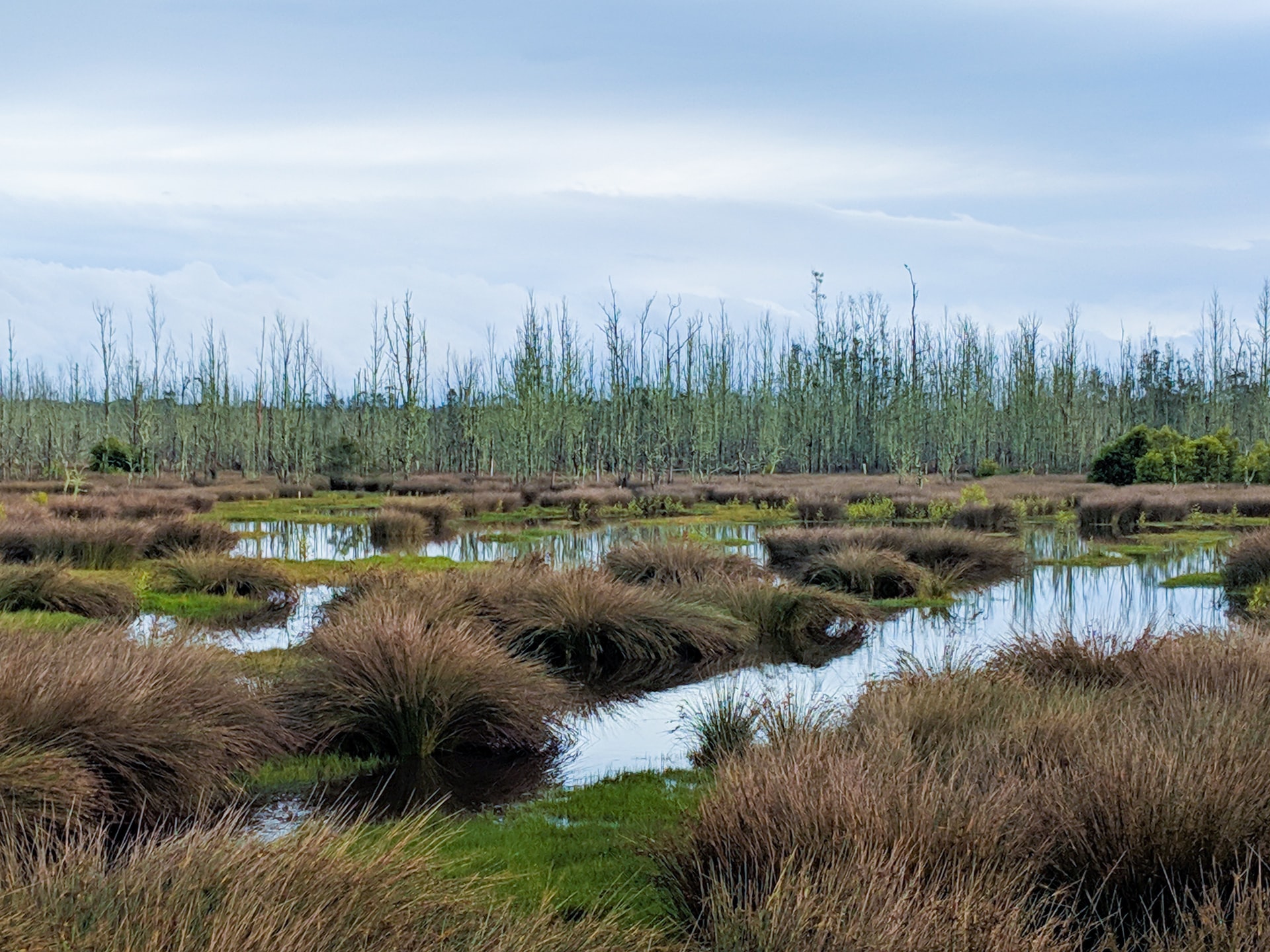 Paludiculture – Agriculture and forestry in rewetted raised and lowland swamps

Swamps are true climate protectors: they cover only three percent of the earth's surface – and yet they store twice as much carbon as all the forests in the world combined. This makes swamps one of the most important ecosystems to be preserved in the battle against global warming. Nevertheless, swamplands are under ever-increasing pressure of use, with agriculture accounting for over 80 percent of demand.

In recent decades, many swamp areas have been drained, mostly to generate energy or to make room for agricultural land – with devastating consequences for the climate. Paludiculture is a possible lever to bring back swamps and marshes with their enormously important ecological service functions – and at the same time open up perspectives for sustainable land use.

Seven-league boots for the fight against climate change

To date, around 15 percent of the original swamps worldwide have been drained, mostly for agricultural and forestry use. In Europe the figure is just under 60 percent. This accounts for five percent of man-made greenhouse gas emissions – more than from air traffic as a whole. A drained swamp the size of a soccer field emits as much CO2 as a family car emits after a 145,000 km drive.

Why are the emissions so high?

Swamps are enormous carbon reservoirs. A huge amount of it is bound in peat. As long as it is completely under water, the carbon is conserved and permanently fixed. In drained swamps, however, the peat soil dries out and is mineralized by microorganisms, especially after fertilization. During this process CO2 escapes into the atmosphere – a so-called cold combustion. In Germany, 99 percent of these CO2 emissions are caused by degassing from former swamped areas. This corresponds to 38 percent of total agricultural emissions.

Global climate goals can only be achieved with rewetted swamps

To counteract the rapidly changing global climate with its hostile weather conditions, swamps used for agricultural purposes must once again act as CO2 sinks. But what will happen to the farms that currently grow crops in these areas? They need an alternative. In order to supply a growing world population with food and at the same time meet the politically established climate goals, the moorland areas need to be further cultivated – but in a way that takes into account both the interests of the economy and society and the ecological aspects.

The research group Swampland Ecology and Paleoecology at the University of Greifswald, Germany, has successfully been researching this area in between agriculture and environmental protection for years. The scientists are convinced that they have found a synthesis that meets the requirements of all parties: The paludiculture has what it takes to reconcile swamp protection, climate protection and agriculture.

Many companies might even be accommodated by a changeover to paludiculture. After 30 to 40 years of intensive use, the former swamp soils are duffed up anyway. This means that the remaining peat body has hardened and hardly absorbs any water. As the nutrients are washed out and the yield capacity decreases, these areas are lost for the conventional agriculture of the future.

So what exactly is paludiculture?

Paludiculture (from lat. palus = swamp, morass) is the agricultural and forestry use of rewetted raised and lowland swamps while maintaining and building up the peat body. The advantages are manifold: the preservation of the peat body has a protective effect on the climate by binding carbon. Surface and groundwater are also protected by the swamp because it retains nutrients such as nitrogen. Being extreme locations for flora and fauna, swamps are characterized by an enormous diversity of species and thus promote species protection. The economic use of swamps also enables the extraction of sustainably produced, renewable raw materials.

In the future, raw materials from paludiculture could replace fossil fuels

In Central Europe, there are about 200 plant species that could be used for energy or material purposes in swampy landscapes, 15 to 20 of which are particularly promising from an economic point of view. Suitable crops include reeds, bulrushes, black alder and various types of sedge.

As energy sources, these swamp plants emit significantly less carbon than fossil fuels and also replicate quickly. In terms of material, they are suitable for use as construction and insulation material, among other things, and have traditionally been used for roofing. In horticulture, sphagnum peat mosses are a possible alternative to white peat in growing media and potting soils. The same applies to bulrushes, which are also suitable as peat substitutes.

Some plants such as sundew, which only grow in swamps, are important raw materials for the pharmaceutical and cosmetics industries and could thus be cultivated regionally again. In the case of sundew and cattail, demand has exceeded the available plant mass for years.

How can I convert my business to paludiculture?

The efficiency of paludiculture has proven itself in practice beyond the phases of individual model projects. Looking at the portfolio of funding opportunities, many perspectives open up: The offer ranges from agricultural funding schemes and climate protection programs to public means in the field of nature and species conservation.

A number of research institutions, non-profit organizations and the responsible authorities also offer advice and support to interested parties.

Overall, the rewetting of once drained swamp landscapes must become a major concern of a sustainable climate policy. CO2 belongs in the soil permanently, ideally in the form of humus, forests and swamps. The paludiculture as a follow-up economy after the wetting is a way that permanently benefits the companies, the climate and thus the whole of humanity.