Why we need mountains to survive 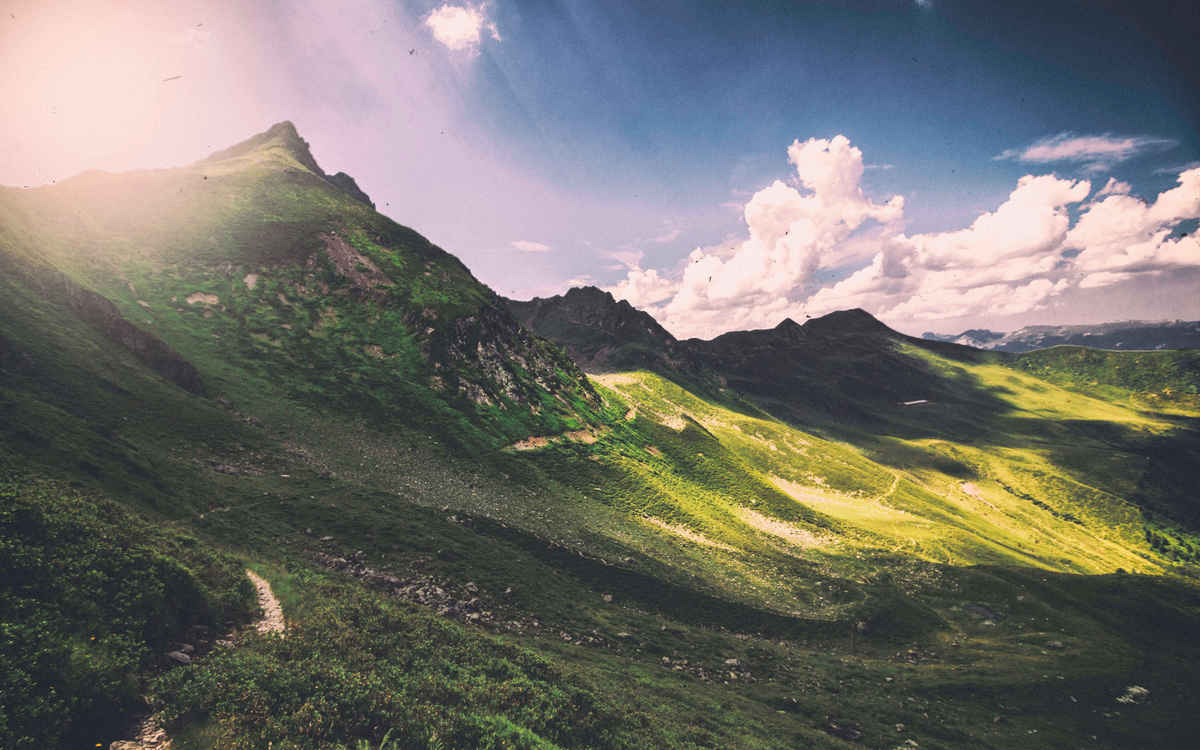 Who cares for mountains, anyway?

Convinced lowland dwellers and sea lovers will rarely agree that mountains would be important for their lives. Steep mountain slopes are traffic obstacles that can only be used as a base for skiing. They may still be very handy as postcard backgrounds. But other than that? After all, the vast majority of people lives in plains and lowlands, which make up three quarters of the global land mass. The fact that the UN once designated December 11 as the International Mountain Action Day was certainly just one of those symbolic acts that no one would notice anyway.

Not at all! At this point it is time for a definite contradiction. The bright heights are far more important than our contemporaries far away from the mountains are aware of. Mountains have properties and functions that not only make the planet Earth look more diverse, but also make life on it much easier.

How they do that? Just like in a witches' kitchen, where a few simple ingredients like rock, wind and water create an incredibly rich mixture of climate zones, ecosystems and habitats in a very small space.

A special ingredient is the geographical position of the mountains. Together with their height, it determines whether the water falls in the form of rain or snow. The principle is the same everywhere: mountains obstruct the air masses acting as "cloud catchers". Relatively warm air masses from low altitudes accumulate, rise upwards and finally rain down when there is sufficient humidity. Or snow comes from the clouds, which can accumulate to form glaciers, capable of forming gigantic reservoirs of best drinking water over thousands of years.

From massif to mineral dust – mountains as donors of fertility

The air masses and clouds are also part of the wind and weather erosion that processes the rock at the mountain tops and breaks it down into ever smaller pieces – all the way to mineral dust, which is eventually carried away by the glacial stream. In the form of sediment, it provides fertile soils at lower altitudes. Freeze and extreme temperature changes also contribute to the steady weathering and erosion of the massive rock. Some mountains are in a balance of inner geological growth and outer decay. The highest mountains such as the Himalayas are so high because the growth impulse predominates in the present period. In many of today's low mountain ranges, on the other hand, the erosion impulse gained the upper hand long ago.

Atmospheric washing machines – the cleaning power of the mountains

No matter if they grow or crumble, mountains throughout their lifetime act like giant washing machines which, thanks to the dynamic cycles outlined above, literally clean the air, water and soil. Even in the Alps, which are surrounded by dense population, the water is crystal clear in many places, the air is pure, and the soil makes the herbs proliferate. The soil is, among other things, a product of the forests, which are formed in the mountains due to the accumulated moisture, even when barren steppe or desert dominates in all directions. If the soil layers are removed by the water again, further sediments and nutrients reach the lowlands. In short: Where a mountain range is nearby, the probability of hostile deserts decreases while the probability for fertile, humus-rich soils increases.

Biodiversity thanks to microclimates

And that's not all: mountains also form huge protective walls, where warm microclimates with great biodiversity can develop on their slopes facing the equator and on their sides facing away from the weather. On the southern side of the Alps, for example, we find Mediterranean-looking, almost subtropical valleys just a few kilometers away from the cold, temperate valleys of the weather-facing and equatorial north side. These contrasts not only create an enormous diversity of nature, but also of the culture and lifestyles of the people who settle here.

Mountains determine the foundations of our lives

The list of treasures produced by the alpine world could be continued. But this brief insight should be enough to demonstrate that mountains and mountain ranges have much more than just symbolic value. No matter how far away they may seem – the fertility of our cultivated areas is due, among other things, to a healthy mountain environment and the effects of mountains on natural material cycles.

HUMINTECH AT GALABAU 2022 IN NUREMBERG
Sahara Expo 2022
Humintech at Weuthen Potato fair 2022
The Rhenish Revier for the labour market in transformation
HPTA Test Method Certified Seal
HUMINTECH at the Eco-Field Days 2022 in Villmar, Hessen, Germany
Humintech at the Hortitec Agricultural Fair 2022 in Brazil
HUMINTECH at the Farm to Fork Europe in Athens
GreenTech 2022