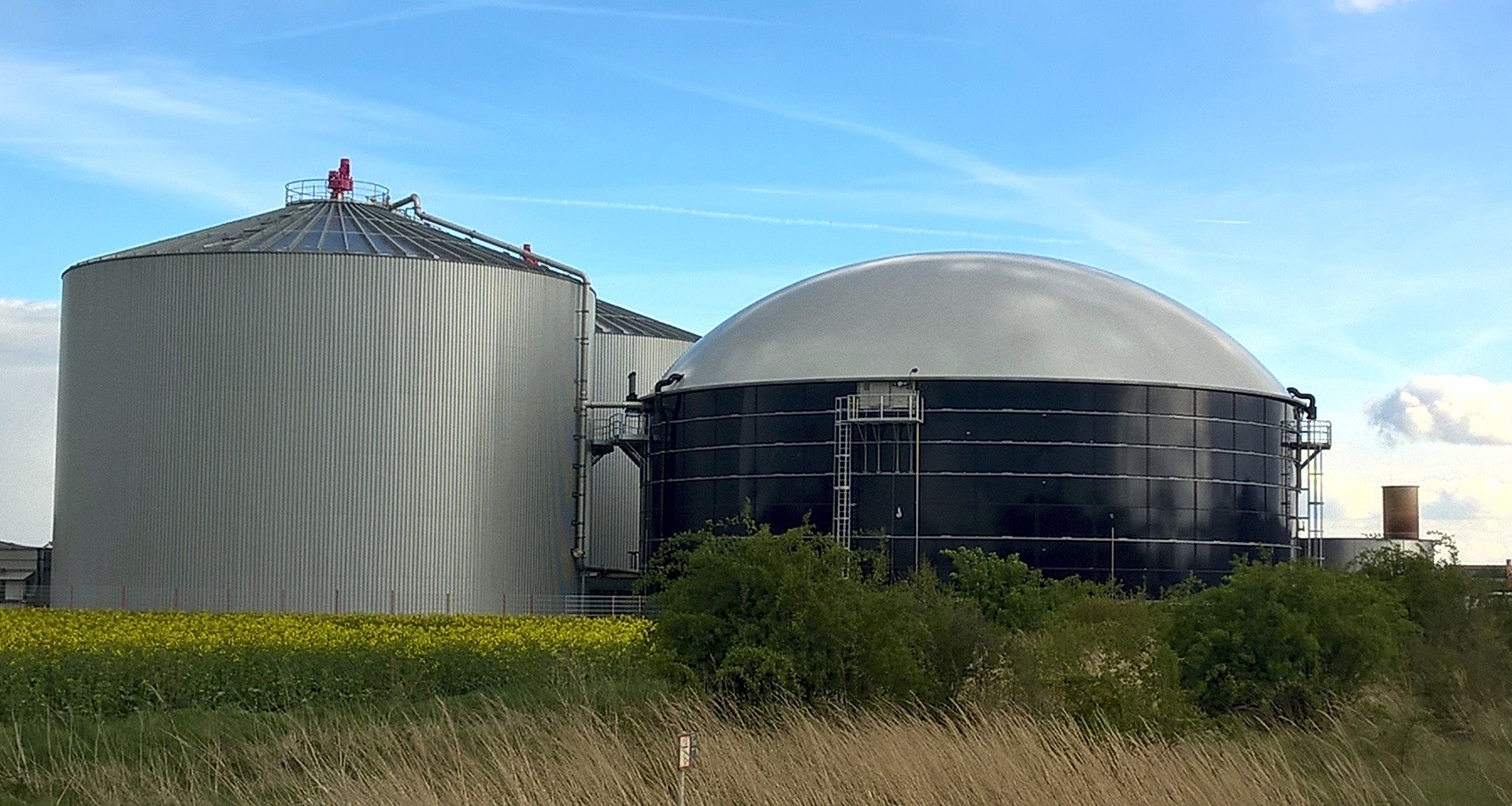 More species protection on the field with biogas plants

Biogas plants generate clean electricity. They are CO2-neutral, therefore protect the climate and ensure that waste from agricultural businesses remains in the material cycle of the farms. Sounds good. But why do climate, environmental and species protectionists sound the alarm and demand to replace the biogas plants? And are there really alternatives to maize monocultures that would make the plants more sensible to operate?

Biogas plants are no longer recyclers of residues

The original plan has long since become obsolete: Actually, residual materials such as liquid manure and straw, landscape conservation material and unusable fodder should be fermented in biogas plants in order to leave the energy of the material in the material cycle of the farm. In fact, 89 percent of the biogas stream fed into the grid in Germany comes from raw plant biomass – but at 71 percent, maize silage makes up the highest proportion of the substrate.

Since biogas plants are doubly subsidized under Germany's Renewable Energy Sources Act (EEG), it is more lucrative to plant energy corn in huge monocultures on your own field than to keep dairy cattle. The biogas industry is booming – with corresponding consequences for the climate, the soil and the animals.

The problem with maize crops for biogas power generation

Most of the time, corn fields lie naked and are at the mercy of wind and water erosion. Fertile topsoil is lost. Fertilizer and pesticide residues contained in the soil are released unhindered into surrounding waters. In addition, the annual removal of biomass consumes the carbon content of the soil before new carbon can be bound – a consequence of harvesting and the increased mineralization of humus on corresponding cultivated areas.

After only five years without sustainable humus management, the nutrient humus content of medium soils is completely exhausted. Useful insects, birds or small game will not find food or shelter in such a monoculture for years. Corn borers and harmful fungi must therefore be combated more intensively with chemicals.

Since 2005, almost 900,000 hectares of fallow land and grassland in Germany have been converted into energy fields. This has contributed significantly to the loss of humus and the enormous loss of species in open land.

The climate also suffers from the biogas plants. Methane and nitrous oxide escape from the plants, sometimes uncontrolled, and are many times more harmful to the climate than carbon dioxide. If all factors relevant to the production of biogas are taken into account, 23.8 tons of CO2 are produced per hectare of maize plantation, while maize only assimilates 19.7 tons. Since the maize fields cannot be used for the cultivation of food or animal feed, new areas in previously untouched regions must be constantly tapped to feed the growing world population. This threatens the rainforest and further fuels the greenhouse effect.

Apart from the problems that such plants cause for the environment and biodiversity, they are simply unprofitable. The double subsidy alone (via the area and the EEG) makes biogas plants lucrative, at least for the operator. In 10 to 15 years, however, the support for maize cultivation will cease because the biogas plants are no longer covered by the EEG.

There seem to be numerous reasons to thoroughly rethink the operation of biogas plants and make it truly sustainable. Against this background, do biogas plants even have a future?

With biodiversity against monocultures

The answer is yes: “Colorful biomass” is the name of a solution that farmers have been testing on over 120 hectares of former corn fields since April 2019. A perennial wildflower mixture of 25 different species is to replace maize as a crop substrate for biogas plants in the future.

The advantages are evident: no pesticides, less fertilizer, less work. In comparison to corn, the man-hour on a wildflower meadow is only about one third of that of corn, and the fuel requirement is also reduced accordingly.

“Depending on the quality of the location, yields of 9 to 14 tons of dry matter per hectare can be achieved with a gas yield of about 65 percent compared to corn,” says agricultural consultant Johann Hoegemann.

The green soil cover, less soil cultivation and stronger rooting have a positive effect on the humus balance and prevent erosion. Nutrients such as nitrogen are bound and less is washed out into the ground and surface water. The meadows provide an all-year habitat for insects, birds and some small game.

In the Bavarian district of Rhoen-Grabfeld, farmers in 2017 started a similar project on almost 60 hectares of land. With a particularly surprising effect: In the summer of 2018, 62 species of bees were already romping about on the former corn fields, three of which are on the Red List of endangered species – a great success for species protection.

Soils degraded by maize cultivation can be regenerated with humic acids

However, in recent years there have been some high harvest losses - despite intensive breeding and fertilization measures. Water and nutrients are becoming increasingly difficult to retain, especially on sites that are already susceptible to drought stress, where the soil has been leached by years of maize cultivation.

The use of humic acids makes sense to regenerate the soils, to restore a healthy soil fauna and to increase the water retention capacity and nutrient availability for arable farming in the long term. As part of a well-planned humus management and efficient plant cultivation, humic acids as the main component of permanent humus improve the soil structure and promote the long-term water and nutrient retention capacity of soils used for agriculture and horticulture.

Biogas plants: reasonable or not? It all depends on the how.

Altogether the operation of biogas plants is still reasonable. Above all, as part of an energy mix, to balance out fluctuations in wind and solar energy. The use of wildflowers instead of maize as biomass could be a trend-setting solution. The “colorful biomass”, for example, has the potential to return biodiversity to the fields, regenerate the soil and generally improve the climate balance of plants. In this way, the production of biogas can be a real opportunity for linking agriculture and species protection.

Learn more about the effects of humic acids on soil health.