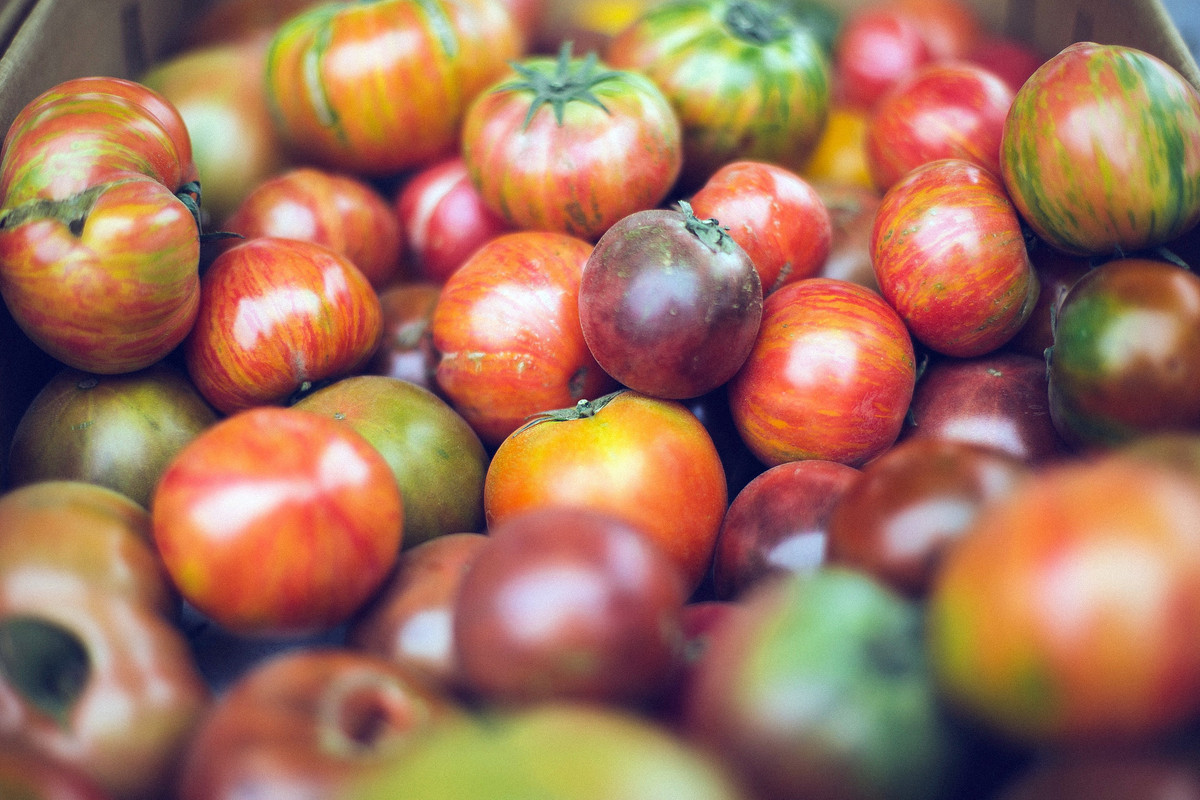 The tomato is by far the most popular vegetable in the world. Originally from South America, it has advanced over the last 100 years from being an exotic to being a bestseller: Germany, for example, has a per capita consumption of around 25 kg per year. Most of the demand is covered by imports from the Netherlands and Spain.

Regional or import – the pros and cons of greenhouse tomatoes

In Spain, tomatoes ripen on huge plantations under the southern sun. In the commercial tomato cultivation in Germany and the Netherlands, on the other hand, outdoor cultivation plays hardly any role. The Central European climate is too cool and too wet for the southern plants, which are accustomed to warm temperatures. The predominantly humid weather promotes diseases, which is why Central European tomatoes thrive almost exclusively under glass or plastic. This has far-reaching consequences for their CO2 balance, because the greenhouses have to be heated constantly, which is usually done with fossil fuels. Despite long transport distances, the CO2 balance of a Spanish outdoor tomato can therefore be better than that of a German tomato grown in a greenhouse.

Damp roots, dry fruits and lots of nutrients – the tomato is demanding

The most sustainable way to grow tomatoes is through self-sufficiency. German allotment gardens currently produce about as many tomato plants as commercial open-air sites, and the trend is rising. To ensure that tomato plants thrive optimally, they need a dry, airy location and a particularly nutrient-rich soil. The high nutrient requirements of the plants demand a thorough fertilization strategy, as deficiency symptoms and thus disease can occur quickly. However, the mineral fertilizers used in conventional agriculture only provide the plants with nutrients for a short period of time, but there are organic methods to keep the soil fertile in the long term for demanding crops such as tomatoes.

Intercrops, green manure and breaks in cultivation – this is how the organic cultivation of outdoor tomatoes works

The key to successful vegetable cultivation is to maintain and promote soil fertility. In the case of tomatoes, this is achieved by means of pauses, intercropping and green manure.

Oil radish, for example, can be used as a catch crop to reduce the vulnerability of tomato roots to nematodes by more than half. Especially if the plant residues are later worked into the soil. Once the tomato has been planted, it is advisable to first establish soil-covering plant species as living mulch between the main plants. After harvesting, these are incorporated as green manure or left standing as winter greening.

The advantages are immense: the ground cover suppresses the growth of unwanted weeds, improves soil fertility and increases the variety and quantity of root excretions. These feed and vitalize the soil life, increase the humus content in the soil and the stability of the soil aggregate. Insect diversity also increases. This reduces disease pressure on the plant, the leaching of soil nutrients and soil erosion.

These methods alone are not sufficient, especially in commercial, large-scale cultivation but there are other ways to help the soil and support the plants: the use of biostimulants.

A new understanding of the soil as a living ecosystem has contributed to the fact that biostimulants such as humic substances have come into focus for agriculturalists. Since these substances promote soil fertility and strengthen plants, soil additives are becoming more and more important – especially in light of society's growing demands for environmental protection and sustainability. Up to 60 percent of the pesticides and fertilizers currently used could be saved by using biostimulants. They increase the resistance, quality and yields of crops and improve their tolerance to abiotic stress factors such as extreme temperatures and drought.

The group of humic acids especially has massive advantages for soil quality – also in tomato cultivation. Humic acids represent the largest group of humic substances and are formed during the slow decomposition of organic matter in the humification process. In healthy soils, they are particularly rich in the humus layer, the upper surface layer. Humic substances improve soil fertility and nutrient availability, have a positive influence on plant growth and development. In tomatoes, for example, they ensure improved absorption of nitrogen, phosphorus, iron and copper. This increases disease resistance, stress resistance and ultimately leads to higher yields.

The humic acid-based soil conditioner PERLHUMUS®, for example, boosts the growth of tomato plants by ten percent while at the same time increasing plant structure. To achieve this, approximately 15 kg/ha of PERLHUMUS® are mixed with the soil substrate. Humic acids can also be applied in liquid form: In a series of tests with LIQHUMUS®, significantly improved root growth of the treated tomato plants was observed.
Humic acids increase the water retention capacity of the soil and its aeration. They neutralize excessively high or low pH values and bind metal ions to make them available to the plants. They keep water-soluble organic fertilizers in the root area of the plant and reduce their leaching into the groundwater. If one takes a step back and considers the effect of humic acids on the soil as a whole, it can be said that with humic acids and humic substances it is possible to restore the natural balance of a healthy soil; even on depleted and heavily cultivated farmland such as in tomato cultivation.

Learn more about the effect of humic substances in tomato cultivation.