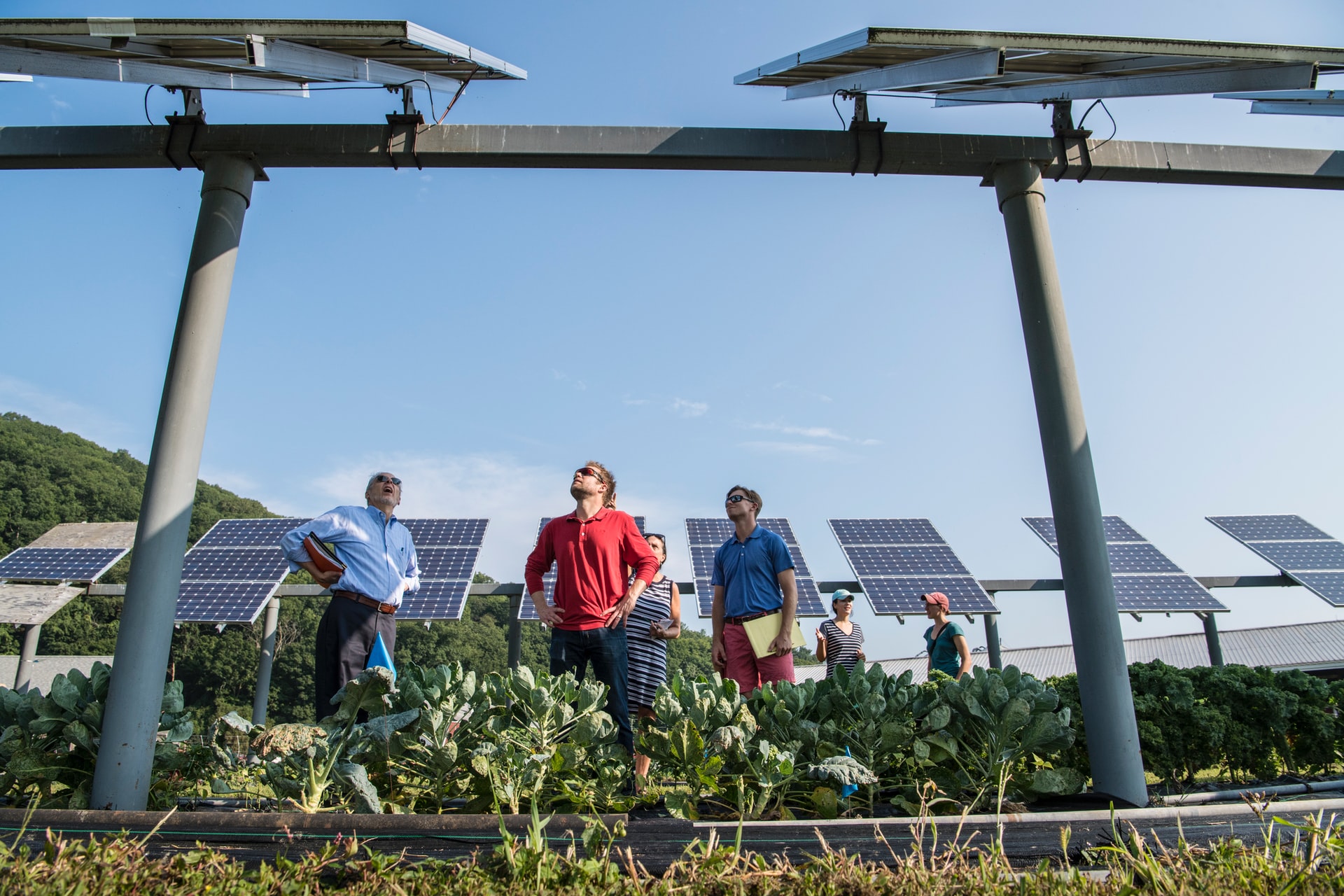 Food or fuel? Agrophotovoltaics enables both

Photovoltaics at the expense of valuable production areas is a thorn in the side of many farmers – not wanting fertile soil to be threatened by solar parks. Agrophotovoltaics could defuse the conflict between the energy industry and agriculture.

Food or fuel? Is not the question here.

Worldwide, mankind is losing ten million hectares of arable land suitable for agriculture every year. Since 1961, the amount of land available per capita has fallen by 46 percent. At the same time, new areas are constantly needed to expand the production of renewable energies. With a growing population and the associated increase in demand for food and energy, a question is increasingly being asked: Food or fuel? Agriculture or energy production?

Agrophotovoltaics (APV) as a combined agriculture and energy system could make a significant contribution to solving these problems.

The system is simple: photovoltaic modules and arable crops share one area – the solar energy is used twice. The idea for APV came from German Prof. Dr. Adolf Goetzeberger, founder of the Fraunhofer Institute for Solar Energy Systems (ISE), and has been spreading around the world since 1981. While Germany has only been operating a research station since 2017, countries such as Japan, China and France have been waiting a long time with government support programs. The goal: to further develop and spread APV.

Agricultural photovoltaics as a means of adapting to climate change

Especially in hot and dry regions, there are significant synergy effects between arable crops and PV systems. According to a study by the University of Arizona, the shadow cast by solar modules has a threefold effect: it lowers the air temperature, moderates sunlight, and reduces the need for water. For example, the researchers harvested twice as many cherry tomatoes on the APV combined area as on the reference area. Similar success was achieved in trials with potatoes and celery on the German side of Lake Constance.

And the advantages have a reciprocal effect: The microclimate created under the plant cools the modules by an average of nine degrees. This increases the energy yield by one percent.

Agrophotovoltaics also allows, depending on weather conditions, almost a doubling of land use efficiency. At the research center on the German shore of Lake Constance, it was shown that the total yield of the area was 60 percent higher in the first year alone. In the dry summer of 2018, the efficiency even increased by 86 percent.

In purely arithmetical terms, it is sufficient to equip one percent of the global arable land with APV. The global energy demand could thus be covered by sunlight alone.

However, a great deal of research is still needed before the system can be used on a large scale. The systems need to be further tested and the behavior of other arable crops in the shade of the panels needs to be studied.

It will therefore take some time before APVs are commercially viable. Humic acids already help to combat drought stress in the soil-plant system. They form stable clay-humus complexes so that the crumb can better store water. When the soil is dry, they bind fixed plant nutrients and keep them available for the crop. This makes it easier for plants to survive periods of drought. Detailed information can be found on our website.