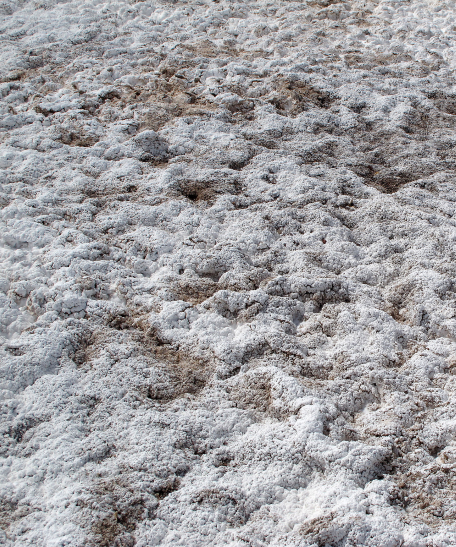 Humic acids can reduce the over-salination problem in the soil, especially in regions where too much irrigation has resulted in toxicities. In soils with excess salination, humic acids can fix anions and cations and eliminate them from the roots region of plants and provide a compensation for the deficit of organic substances.

One of the best examples for excess salination has been observed in Egypt with the construction of the Assuan dam in 1970, which intervened in the natural flow of the Nile river. One of the consequences was the elimination of the load (ton-humus complexes) of the river for soils as a natural fertilizer , which supplied for nutrients and humic acids. Another effect was the salination of soils through equally high level of groundwater. As a result, Egypt became worldwide one of the biggest importers of fertilizers in only about 10 years. The reduced flow speed of the Nile led to an accumulation of the nutrients essential for fertile soils in the dam lake and consequently to a huge deficits of nutrients in the arable land. 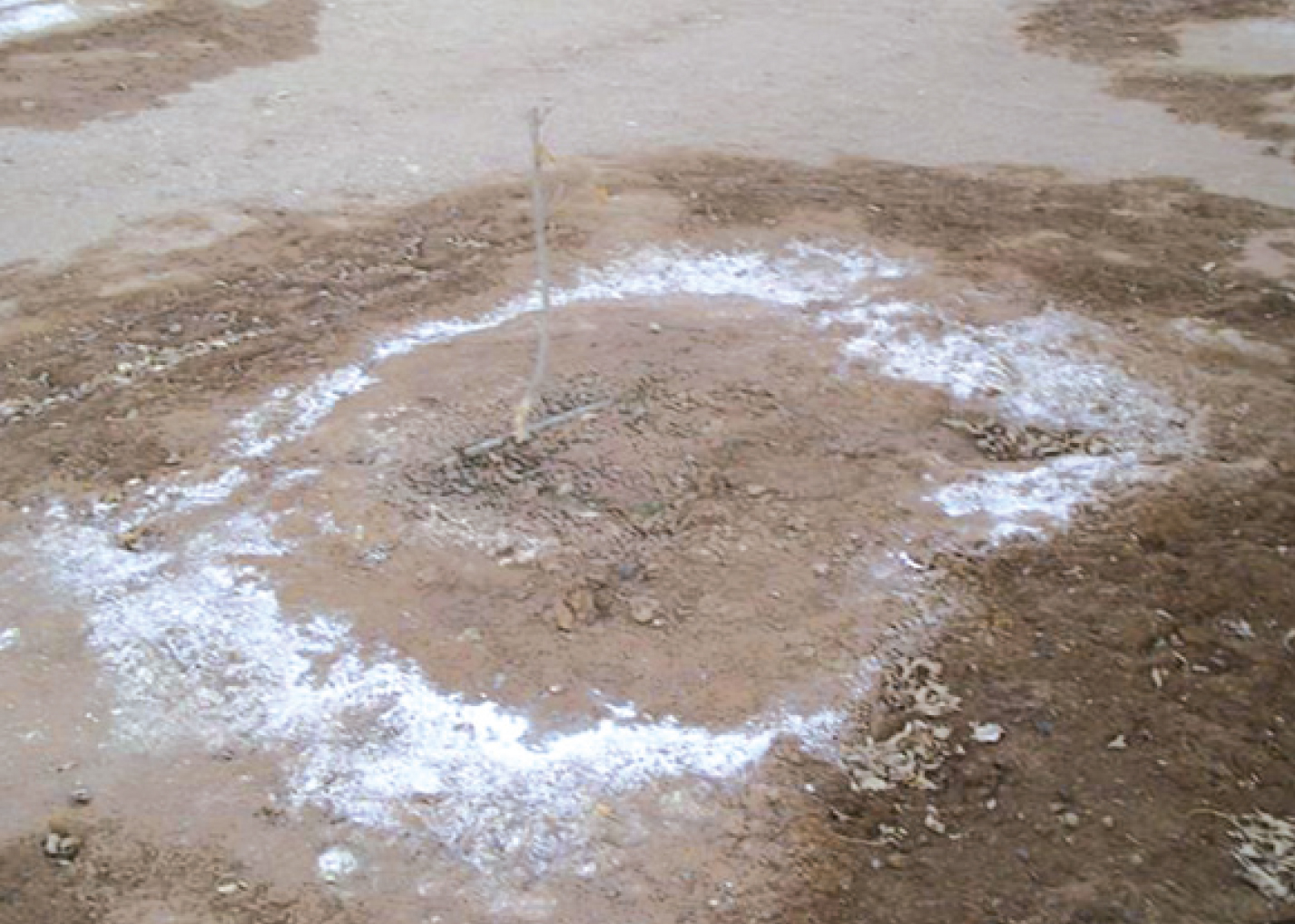 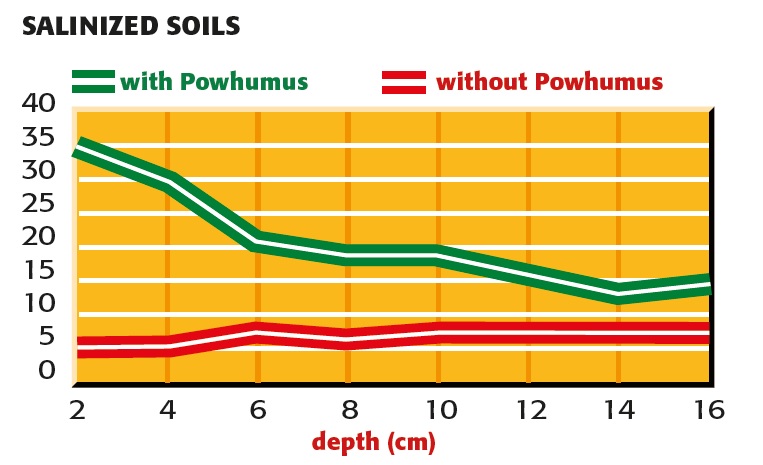 Splitting of salt with and without powhumus

The steady changes in the level of groundwater before the construction of the dam had enabled a continuous erosion of the soil, which guaranteed that there was not a concentration of undesired anions and cations in the upper layers. With a continuous high level of groundwater following the construction of the dam, this kind of concentration occured indeed. The consequent salination and alkalifying of soils leads naturally to losses in crop yields and even to a complete abandonment of arable land.   This type of radical intervention in the ecological system has had similar or same consequences in other countries as well. The ions responsible for salination are:

This type of radical intervention in the ecological system has had similar or same consequences in other countries as well. The ions responsible for salination are: 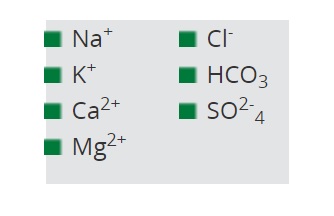 chemicals for which humic acids have fixation properties

Research has shown that humic acids have fixation properties for the following:

On the one hand, these salts are adsorbed by the surface of the humic acids, and on the other hand, their ions can also be fixed electrostically by the corresponding functional groups (carboxyl and OH-groups).

The property of humic acids of forming complexes with polyvalent cations is of great relevance here. Salts with bivalent ions are fixed more strongly as expected. More significantly, this type of fixation (adsorption) takes place relatively with little binding energy, as a result of which a disruption in the balance takes place with the sinking of ground water during dry phases and thus results in a release of ions and their bonds to the deeper layers of the earth back to their original place.

Fixation of metal ions (Me+)

An experimental proved reduction in salination of soils in Egypt through humic acids:

I. Earlier state of the soils before the construction of the Assuan Dam

II.1 State of soils after the construction of the Assuan Dam without humic acids

Out-crystallization of salts in the top horizont with permanent accumulation: salination

II.2 State of soils after the construction of the Assuan Dam in the presence of humic acids

Fixation of ions (1) and solubility balance (2). Little mobile humic acids act as a barrier in the upper layers: no salination (3).

Some of the information on this page has been derived from Wolfgang Ziechmann, Huminstoffe und ihre Wirkungen, Spektrum Akademischer Verlag, Heildelberg - Berlin - Oxford, 1996. 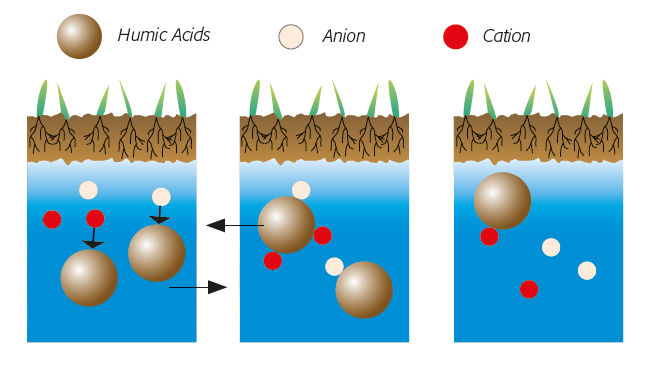 depiction of how Humic acids reduce the effects of salinity 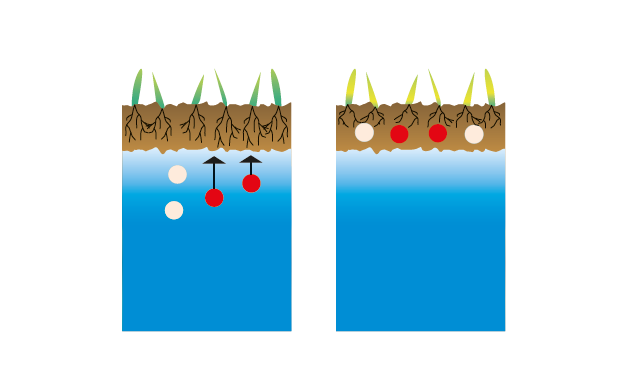 fig.3: Salinized groundwater in a soil.

The effects of humates on Renediation of hydrocarbon ans salt contaminated soils, by Randy Mosley

Effect of Different Levels of Humic Acids on the Nutrient Content, Plant Growth, and Soil Properties under Conditions of Salinity. H.KHaled and H.A.Fawy

Analysis of Humic Substances According to ISO 19822
Of CO2 certificates and humus buildup
Digital is better?
Humintech is a supporting member of Praxis-Talk
Powhumus fake spotted in Syria
Growtech, Stoller, HUMINTECH – joint training workshop in Egypt
Visit from Ukraine: Agrotechnosouz at HUMINTECH
FRUIT LOGISTICA VISIT OUR STAND IN HALL 1.2/ C-04
Innovations for horticulture - HUMINTECH at the IPM 2020