What you need to know about methane 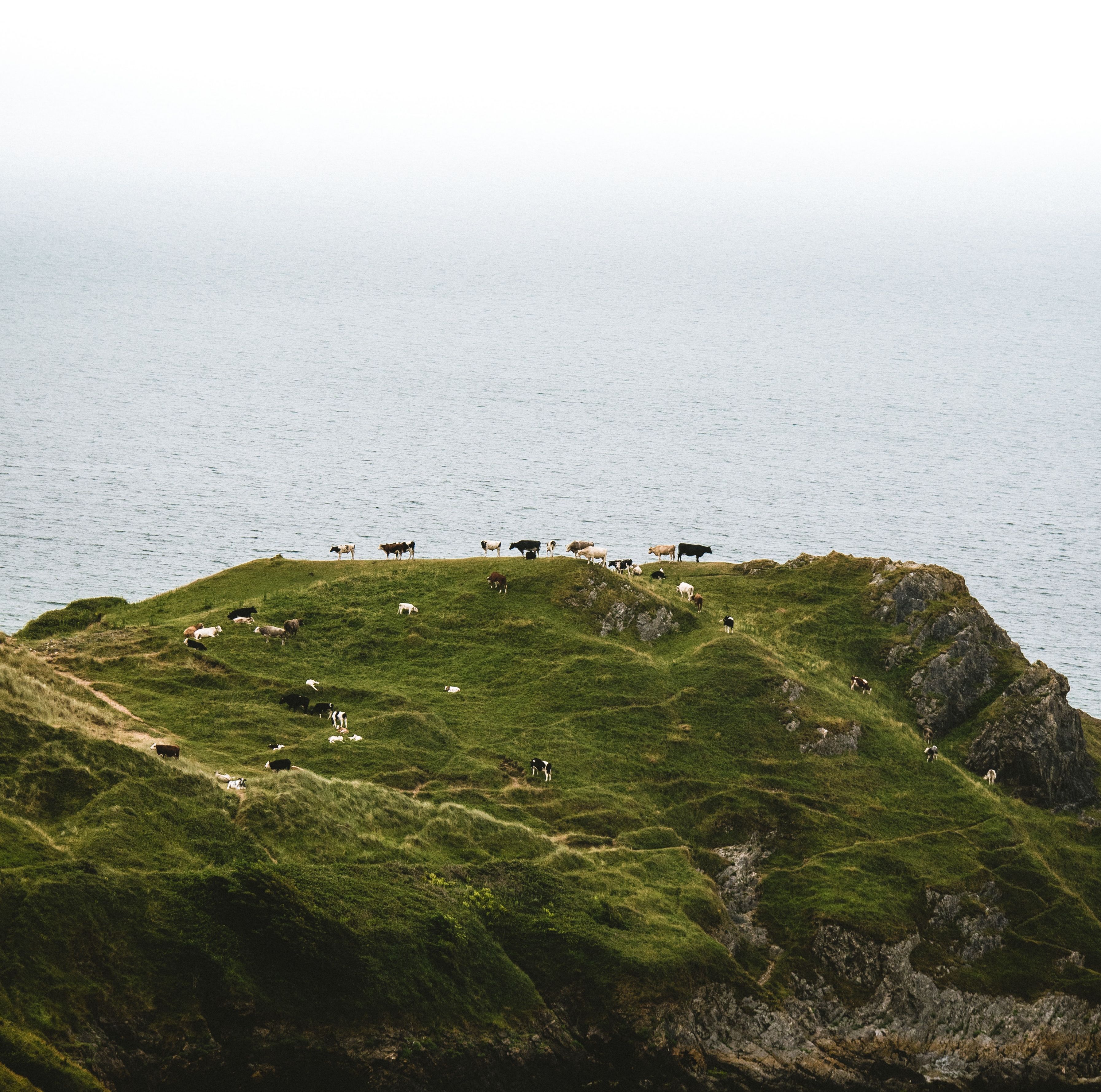 Everybody’s talking about CO2 – but there are other greenhouse gases that are worth keeping an eye on. What about methane, for example?

What is methane and what role does it play?

Methane (CH4) is a gas consisting of hydrogen and carbon. As a chemical compound of the carbon group, it belongs to the long-lived greenhouse gases along with carbon dioxide, nitrous oxide and CFCs. A special thing about methane is that it’s combustible and can explode if mixed with air and ignited.

Methane is found everywhere in nature and the human environment. It is constantly formed, mostly during decomposition processes under exclusion of air (anaerobic) with the participation of microorganisms. Methane is produced both in natural environments, such as swamps or humid forests, and in human-influenced areas, such as rice fields, landfills or natural gas plants. Natural gas consists mainly of methane. The oceans also release methane. Scientists suspect an increasing release as the temperature rises.

Do we have anything to do with the methane cycle?

Humans indeed have a significant influence on the methane cycle: About 60 percent of the 550 million tons of methane that heat up the earth every year are released by human activity. The heating effect of a methane molecule in the atmosphere is 86 times greater than that of a carbon dioxide molecule. There are also other climate-relevant interactions of methane with other atmospheric gases and water vapor.

According to Hamburg Education Server, the concentration of methane in the atmosphere over the last 650,000 years has ranged between 400 ppb (parts per billion) during the cold seasons and 700 ppb during the warm seasons. Since 1750, the concentration has more than doubled from 722 ppb to about 1,800 ppb in 2011. This is a historical increase. However, the stagnation of atmospheric methane concentrations between 1999 and 2007 remains a mystery.

If methane is environment- or even climate-relevant, why is it given less attention than CO2?

Basically, every substance that occurs in the atmosphere is environmentally relevant - because every substance influences other substances and entire ecosystems. In the case of methane, these influences are clearly noticeable: Firstly, on the positive side, because methane, like all greenhouse gases, is important for the survival of people on earth. Without greenhouse gases, the global average temperature would be around –18 degrees Celsius instead of +15 degrees.

The main reason for the lack of attention is the less clear role of methane – the methane cycle is complex and interlocked with many other material cycles. Furthermore, it took a long time till it was discovered as a climate-relevant gas: It wasn’t until 2009 that researchers first showed in a model how methane, carbon dioxide and water vapor interact with airborne suspended particles. This showed that methane causes the atmosphere to warm up much more than previously assumed.

Why are methane emissions high in agriculture?

Today we know that agriculture is a major producer of anthropogenic methane – 75 percent of Germany-wide emissions come from agriculture, the majority of them from cattle breeding. On an annual average, a cow releases almost 100 kilograms of methane in gas form via the intestine. In terms of its climate-damaging effect alone, this is equivalent to the CO2 emissions of 18,000 car kilometers. In addition, there is a further 90 kilograms of methane in the fixed excretions. It is estimated that the global livestock industry is responsible for almost one fifth of global anthropogenic emissions of greenhouse gases altogether.

A long known but only recently rediscovered way to reduce gas emissions in livestock breeding and agriculture is the use of humic acids. Treating liquid manure or farmyard manure with humic acids reduces the emission of gases such as methane, hydrogen sulfide and ammonia and thus also counteracts the development of bad odors. When introduced into the soil, humic acids help the soil to release less methane into the atmosphere - while at the same time improving soil quality and fertility.

Does methane play a role in environmental politics? Will there be certificate trading with methane?

Unlike carbon dioxide, methane is politically difficult to capture. This is due not only to its behavior and its role in the atmosphere, but also to its poor traceability. Since a lot of methane is produced naturally and its production depends on temperatures and precipitation, its origin is far more difficult to trace than is the case with CO2. That is why there will probably be no certificate trading or similar measures in the near future. Nevertheless, politicians are likely to call methane onto the agenda soon, as its containment is technically easier and more effective to implement than that of CO2. And more convenient: Saving methane has far fewer consequences for the lifestyle of most people compared to CO2.

Digital is better?
Humintech is a supporting member of Praxis-Talk
Powhumus fake spotted in Syria
Growtech, Stoller, HUMINTECH – joint training workshop in Egypt
Visit from Ukraine: Agrotechnosouz at HUMINTECH
FRUIT LOGISTICA VISIT OUR STAND IN HALL 1.2/ C-04
Innovations for horticulture - HUMINTECH at the IPM 2020
HUMINTECH AT THE IPM 2020 VISIT OUR STAND IN HALL 3 - 3E74
HUMINTECH at the Viticulture Days in Wittlich, Germany