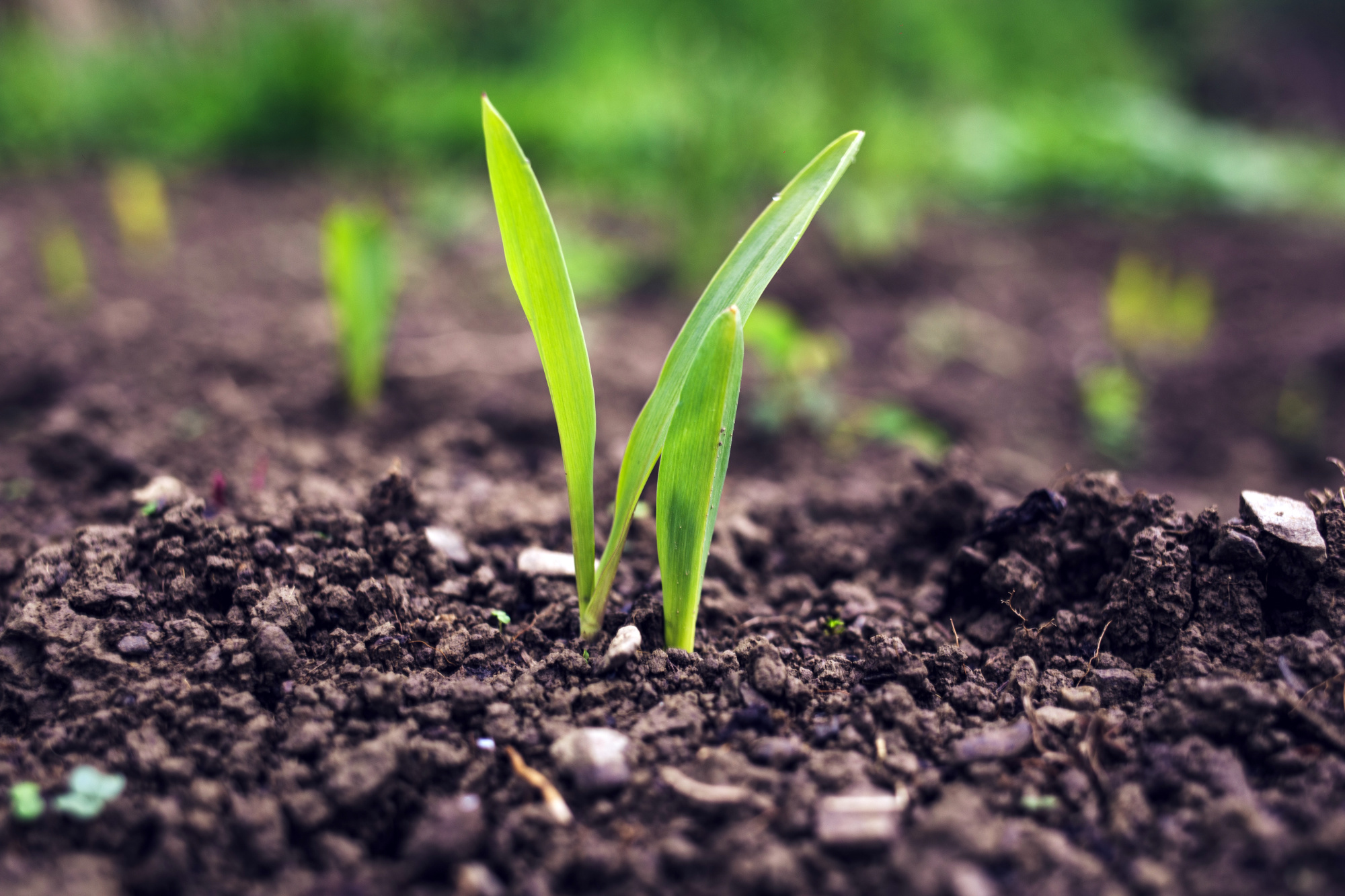 Soil is the most important factor in global agriculture: it forms the basis for 90 percent of any food on our tables but the fertility of our soils, and thus the supply of food to a growing world population, is at risk: Worldwide, humus levels are falling, while the amount of degraded, salinized and deserted soil is increasing. Today, mankind is faced with the important task of preserving and increasing the existing humus content with the help of a well planned humus economy. But what exactly is humus? What function does it have and what can we do to counteract its loss?

Humus – from life, of life, for life

Humus is generally understood to be the totality of finely decomposed organic matter in the soil. It is mainly formed as a result of the tireless metabolic activity of microorganisms. A handful of soil contains more of these soil organisms than there are people in the world.

Not all humus is the same

In soil science, humus is also distinguished according to its longevity in the soil. The so-called nutritive humus consists of organic substances that are rapidly consumed by soil organisms. Permanent humus, on the other hand, consists of humic substances that are difficult to break down, is decomposed very slowly and remains in the soil for a long time. It binds nutrients and water, gives the soil structure and makes up about 90 percent of the organic mass of a fertile humus soil.

No plant growth without humus – why?

The phenomenon of fertility is ultimately the visible interaction between soil and plant life. The humus content plays an outstanding role in this. Permanent humus-rich soil is rich in clay-humus complexes; compounds between humic substances and clay minerals. They are formed by the activity of soil organisms and keep water and nutrients available to plants in the rhizosphere.

In humus-less soil, however, these complexes are mostly absent. Nutrients that are added to the soil by fertilization seep into the groundwater largely unused, making the plants weaker and more susceptible to disease. The lack of stable clay-humus complexes also exposes the soil crumb to erosion. It is easily swept away by storms or heavy rain – leaving a desert behind.

Loss of humus – what to do?

With every plant that grows on the soil and is subsequently harvested, the soil loses nutrients and its humus content decreases. Of all plant communities, only forests are able to build up more humus than they consume. All other soils constantly lose humus.

It is therefore no longer sufficient to preserve the existing humus mass in our fields. Many arable soils all over the world are already poor in humus with a low (1 to 2 percent) or very low (< 1 percent) humus content. It requires intelligent humus management and a deep understanding of the living soil system in order to sustainably rebuild global humus levels.

The simplest method of obtaining humus, for example for your own garden, is to compost organic waste. Humus-forming methods for agricultural land include the cultivation of catch crops and nurse crops, the appropriate distribution of organic fertilizer and the avoidance of bare fallow. The use of humic acids can be particularly helpful in the creation of permanent humus.

In the soil, humic acids drive humus formation by promoting plant and root growth of the crops and stimulating the proliferation of desired soil microorganisms. They actively support the formation of the essential clay-humus complexes, which bind water and nutrients and release them to the plants as needed over long periods of time.

Within the framework of a healthy humus economy, the use of humic acids is a valuable measure to maintain the fertility of our soils in the long term.

Find out more about the effects and science of humic acids in agriculture and horticulture here.