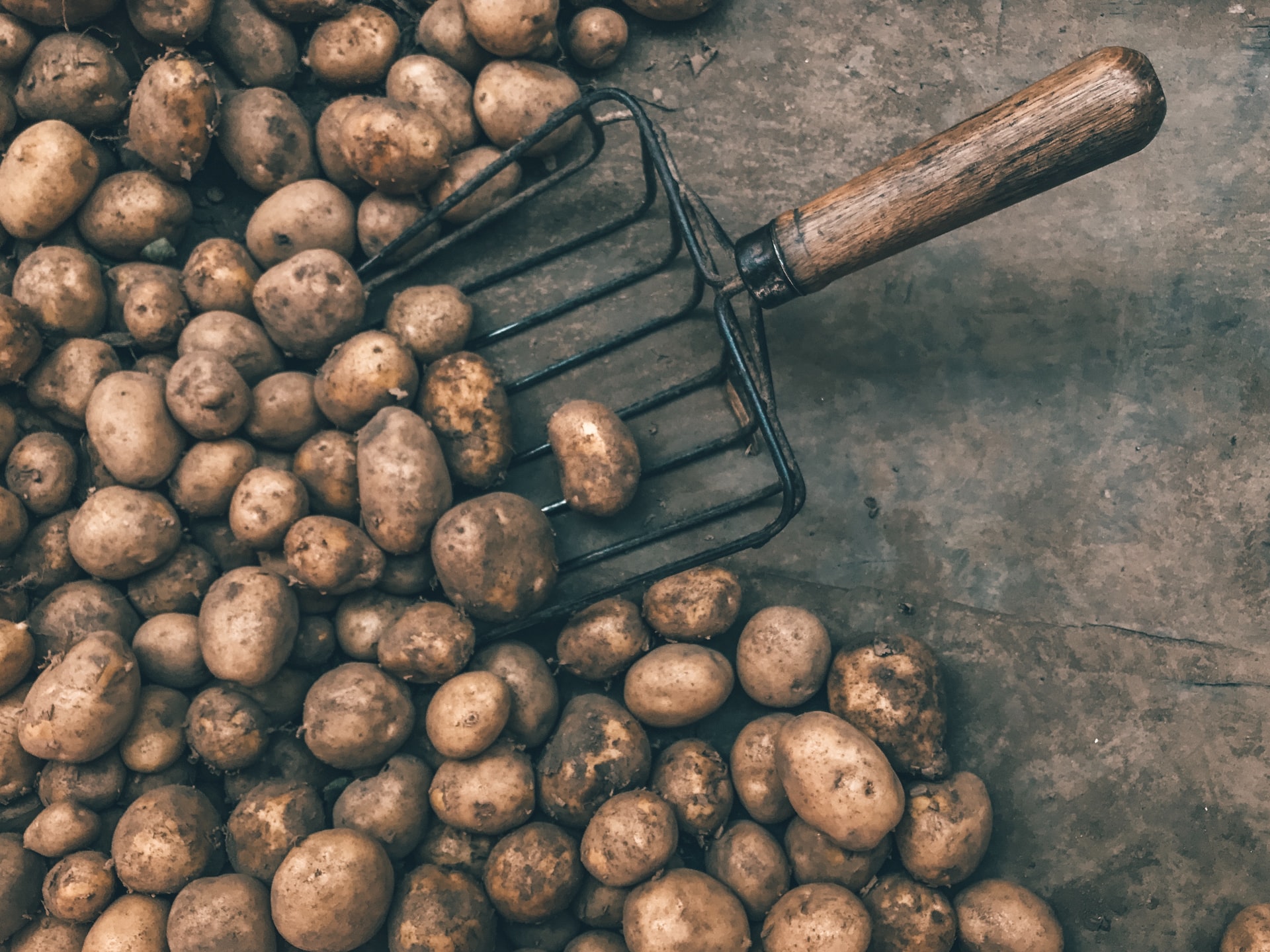 Potatoes are among the most important staple foods. After rice, wheat and corn, they occupy fourth place in the world rankings. Due to its high adaptability, potatoes can be grown almost everywhere. Nevertheless, extreme weather events such as persistent heat and drought have put the potato industry to a severe test in recent years and has had a negative impact on yields. The increasing salinization of the soil due to improper irrigation is also a problem for the popular tuber. Solutions are needed. Preferably ones that are quick and easy to implement.

The soil conditions determine the development of the tuber

Potatoes love nutrient-rich soil. A high humus content and a sieveable crumb with a balanced water supply bring the best yields. If the soil is too light, this affects the water supply and the potatoes tend to scab. Heavy soils warm up badly in the spring, form clods and subsequently lead to adhesions on the tuber.
Potato farmers are also facing major problems due to the increasing salinization of the soil. This particularly affects regions with a high proportion of artificial irrigation, such as large parts of Africa and India (second largest potato producer in the world). According to a UN study, global agriculture loses 2,000 hectares of arable land annually as a result of salinization.

But there are ways to counteract salinization. In Egypt, trials with the humic acid based POWHUMUS® preparation showed convincing results: Yields per plant and average potato size increased significantly. In contrast to the control group, the leaves of the treated plants also showed no external signs of stress such as the typical yellow salt margins.

Apparently, humic acids are effective against salt stress – but how? The effect is due to the high cation exchange capacity of humic acids. They break down the salts present in the soil, chelate their cations, such as calcium and manganese, and bind them near the roots so that they are available to plants. This considerably reduces the harmful salt concentration.

In addition to treating the soil, researchers on the Dutch island of Texel are attempting to counter increasing salinization with new varieties. Here, the potato plants are sprayed with salt water. Varieties that do not tolerate this treatment are disposed of, the others are examined. Results are promising: those tubers that prove to be tolerant to salt treatment could be a real chance for contaminated cultivation areas. Egypt and India have also expressed interest in cooperation already.

Even on sandy or heavy soils without extreme salt stress, humic acids have an enormous effect, as they improve not only the absorption of nutrients but also the soil structure. This increases the efficiency of fertilizers while at the same time reducing washout. The treatment with humic acids is recommended shortly before the seed tubers are sown. The young tubers thus cover their increased nutrient requirements and root through the soil faster and better. Humic acids optimize the carbon-nitrogen ratio directly at the seedling and form a type of organic nutrient store. The faster the yield formation in early summer, the less yield-relevant is damage caused by later infestation with leaf blight. Immediately after planting the tubers, the availability of phosphates is particularly important. Humic acids bind the phosphorus in the soil near the roots and thus ensure an ideal supply.

The fact that future summers are likely to bring long periods of heat and drought is no good news for the potato industry. Heat and drought can lead to problems, especially in the tuber filling and starch formation phase. If the soil is too dry, many essential minerals are present in undissolved form, which is why they are difficult for potatoes to absorb – with sometimes considerable consequences for plant growth. Humic acids can assist in keeping these minerals available to the plants and in securing yields even in hot weather and drought.

Humic acids are soil conditioners and growth promoters for potatoes

Consequently, humic acids do not act as nutrients for the plant, but they activate the beneficial soil life around the mother tuber in the soil. Finally, the addition of e.g. POWHUMUS® leads to an improved incorporation of important ingredients into the fruit. This improves yield, leaf health and root growth. Starch storage in the fruit tuber is increased and potatoes make better use of their genetic potential. It is therefore acceptable for the farmer if the salt content is initially increased or the soil is heavy or light. The use of humic acids can help to make cultivation possible – despite difficult growing conditions – and to bring unfavorable soil conditions back into balance in the long term.

Learn more about the use of humic acids in outdoor cultivation – from potatoes to onions, corn and wheat.