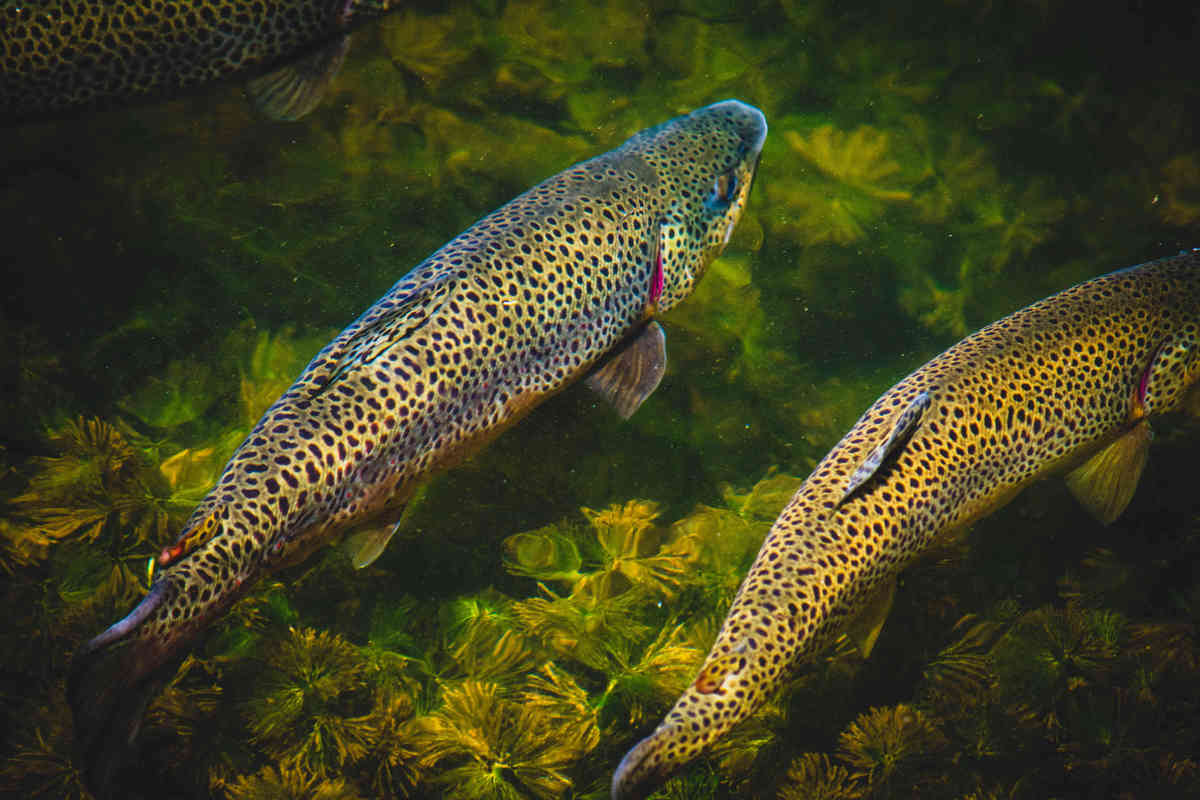 Humic substances against the treatment crisis in fish farming

Eating fish is on the rise: Germans alone consumed more than 2.2 tons of fish and fishery products in 2018; that is 13.7 kg per person. Freshwater fish account for about 26.5 percent of the market share. Every second fish comes from aquaculture, with trout being the most common on the plate. The rainbow trout is thus the most important edible fish in German fish farming.

Especially in aquaculture, however, the animals are exposed to various stress factors that weaken the immune system, impair growth and finally lead to diseases. A high stocking density and poor water quality provide ideal conditions for pathogens to multiply. The transport of the animals favors their transmission and spread – up to 50 percent of production loss in fish farming is due to disease.

Stress prophylaxis instead of stress control

How can stress be reduced though? What must be done to reduce susceptibility to pathogens and improve water quality? These questions are becoming increasingly important – especially against the backdrop of increasing drug resistance and the many environmental pollutants that are harmful to health.

Prophylaxis is the magic word. Disease-triggering factors must be eliminated or at least mitigated – improved water quality already significantly increases the stress resistance of fish.

Humic substances and their effect on the stress resistance of fish

The addition of humic substances to the water – especially fulvic and humic acids – increases the animals’ resistance to physical, chemical and thermal stress. This is the conclusion reached by Dr. Christian Steinberg of the Humboldt University of Berlin and his colleague Ralph Menzel. Their experiments with swordtails showed that humic substances can neutralize the existential stress that was added to the fish by daily landing nets from the aquarium. Trials with carp showed that the substances reduce thermal stress for the animals as well.

One of the advantages of fulvic acids is that they can be absorbed through the skin as well as through the feed. They are water-soluble at any pH value and therefore do not clog pipes, filters or pumps. When added to water they activate the white blood cells and strengthen the immune system. In some cases they have the ability to block pathogenic bacteria and reduce susceptibility to parasites. Fulvic acids can also tan the animals’ skin and initiate the formation of new membranes on mucosae and wounds. The consequences: improved wound healing and greater resistance to the penetration and growth of parasitic fungi.

In trout farming, success has already been achieved with humic substances and especially fulvic acids. The addition of humic substances to the feed, for example, significantly decreased losses of fish and enhanced feed conversion rates with rainbow trout in gutter systems. The prophylactic addition of the substances to trout eggs showed an excellent protective effect against artificially induced infections with fish mould. The mortality rate also decreased significantly.

It is true that theoretical research on the effects of various humic substances and fulvic acids in water is still in its infancy. However, the positive experiences in practical research make one thing clear:

Fulvic acids have the potential to increase animal welfare in general and to strengthen the immune system significantly. This greatly reduces susceptibility to diseases and infections, thus increasing survival rates and securing yields.

Fulvic acids – a sustainable alternative to artificial drugs without side effects

It is also important to consider the advantages of fulvic acids and other humic substances compared to conventional therapeutics available on the market. Conventional drugs are usually more or less toxic and can dangerously increase the stress level of the animals due to their various side effects. In addition, they considerably deteriorate the water quality, which in the worst case can lead to the death of the fish as well as other beneficial organisms and cohabitants. The use of humic and fulvic acids could significantly reduce or even replace the use of chemical therapeutics in the future.

Learn more about the use of humic substances in aquaculture.