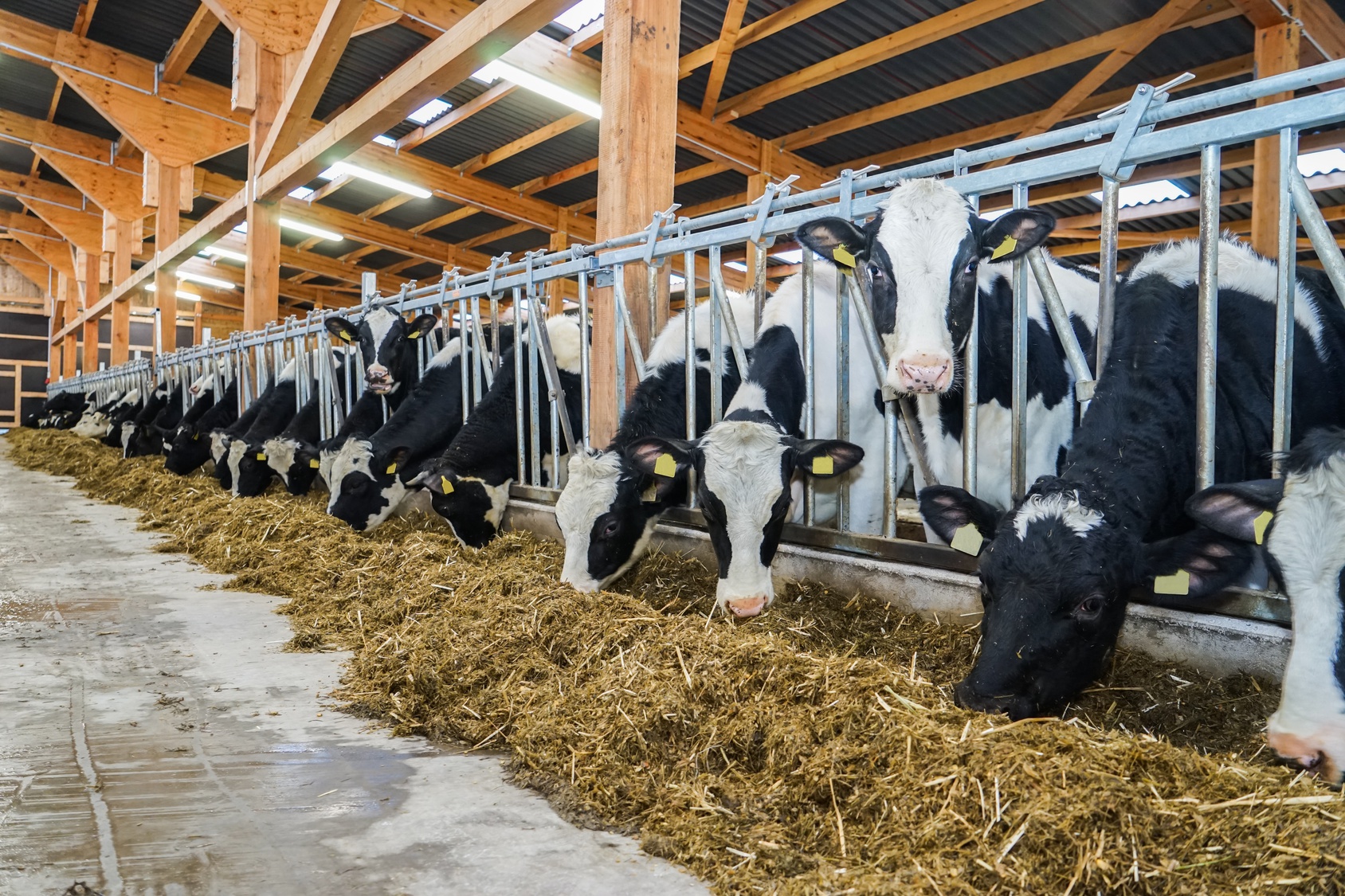 Humic acids  can be successfully used as an additive in animal feed. Various research trials conducted worldwide have all showed positive results concerning the use of humic acids as an organic feed ingredient. Increases in liveweight of animals, improved growth rates, increased feed intakes and food conversion ratios and a stronger resistance against diseases are the common results of these trials. By improving immune function of animals, especially of young animals, humic acids also reduce the incidence of enteric disease and diarrhoea.

Increasing mass production of animal husbandry throughout the globe has had undesired impacts on the nature of animals, i.e. the natural development of animals and their immune systems. First vitamins, then antibiotics and finally hormones have been used extensively as growth promoters in livestock production. Recently, however, the negative effects of such growth promoters on animal and human health has been evidenced through various studies as well as real-life cases. Consequently, at present there is a new search for natural growth promoters without any environmental or residual problems.

As a result of increasing consumer pressure and in particular concerns about increased microbial resistance to antibiotics, a ban on the use of antibiotic growth promoters in animal feed has been already introduced in Germany recently. Already back in 1998, the European Union had banned antibiotics important in human medicine from use as growth promoters in livestock production.

There is considerable evidence that antibiotic arsenals are being depleted due to the development of resistant organisms. The more microorganisms that become resistant to antibiotics, the greater the risk of a resurgence of untreatable infectious diseases. The overuse of antibiotics not only in human medicine but also in livestock feeding is the major cause of antibiotic resistance in food-borne illness.

Almost 80% of antibiotics used in animal husbandry today are not used to treat sick animals, but merely to promote efficient growth of chickens, cows and pigs.

Similar to antibiotics, the use of hormones in animal feed can also have direct impacts on human health through their residues left in animal products. As of today, these effects have not yet been thoroughly studied.

There is quite a number of animal feed additives in the market currently, that do not contain any antimicrobial substances or hormones. These are mainly probiotics, prebiotics, plant extracts and organic acids presently enjoying a resurgence of interest following the EU-wide ban on antibiotics. These substances however present certain deficits regarding their effects on animal health and growth promotion.

Plant extracts are believed to be beneficial for the digestive system, but their functioning mechanism is not completely known and should be different for each product under this category. Organic acids give better results as protective agents rather than as growth promoters.

Replacing antiobiotics with humic acids as growth promoter in animal feed does not cause any loss in the performance of animals. On the contrary, performance factors (daily liveweight gain, feed intake, food conversion ratio and the level of looseness of faeces - scour assesment - ) of animals are considerably improved.

One of the most beneficial effects of humic acids on animals is the overall immune response increase in animals. By improving immune functions in the animal, humic acids are able to reduce the incidence of diarrhoea and other digestive upsets to a considerable extent as well as to improve the animal's defenses against pathogens such as E.coli.

Effects on the immune system
Humic acids stimulate the resistance forces of the body and lead to an increase in thephagocytosis activity. The inducer effect of phenolic components (groups) of humic acids is believed to be responsible for the immunological effects and is the basis for the success of the treatment of the so-called factor diseases in young animals.    Ergotropic effects Humic acids stabilize the intestinal flora and thus ensures an improved utilization of nutrients in animal feed (improved feed efficiency). This leads to an increase in liveweight of the animal without increasing the amount of feed given to the animal.

Humic acids are purely natural. The use of humic acids in animal feed excludes any possibility of antibiotic residue or microbial resistance. Simultaneously, as a result of a higher food conversion rate and enhanced absorption of nitrogen by the animal, nitrogenous wastes and odour are reduced.